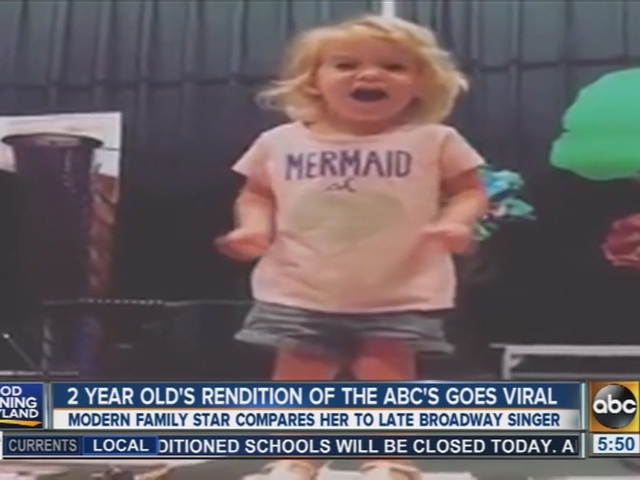 Are you ready to hear little Violet’s huge singing talent? Violet is two year old girl from Louisiana, USA. She has made an unique performance with the alphabet song. The dramatic performance of this two year girl has been winning the hearts of people across the world. Violet Ogea is now their sensation and her version of the alphabet song has secured over four million viewers in just within a week. Violet’s mother Christina Ogea posted the video of her daughter singing the song in her unique style and with great passion. To the surprise of all, the video has got so much attention worldwide. As per the video, posted, the toddler sings such a theatrical, marvelous and dramatic version of the song by touching the minds of everybody who viewed the video. Viewers cannot believe their eyes and ears, because she is only a two year old child.