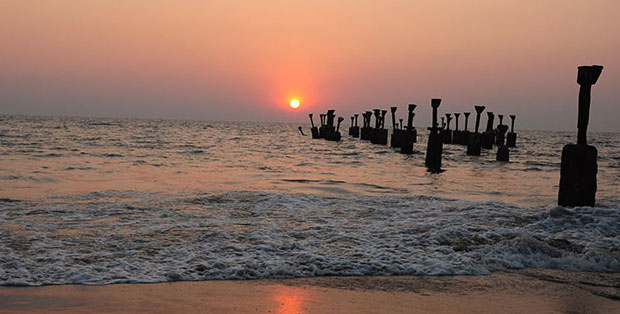 Kozhikode is a beautiful city located along the Malabar Coast of the Kerala State in India. This marvelous place is also known as Calicut and has secured an important position in the history of India. This God’s own city was once the Capital of Malabar during the reign of Zamorins. Being an important location for the trade of eastern spices during the Middle Ages, Kozhikode was once lovingly called by the name “City of Spices”. This is the reason why overseas people were attracted to this city in abundance. Arabs are said to be the first foreigners who arrived at Kozhikode for the purpose of trade. They were followed by Chinese, Portuguese, Dutch and finally the British. It was at this place where Portuguese mariner landed in the year 1498.
The arrival of Arabs had caused many locals to become Muslims. As a result, the city is being represented with so many mosques. All through the years, Kozhikode has retained its status of being an important commercial and trade center of Kerala. It is said that the name Calicut was derived from the hand woven cloth calico that made from here once. Today it stands out as one of the most visited tourist spots because of its depiction with respect to elegant nature along with outstanding human creations. Recently in 2012, the place was honored as “City of Sculptures” as various sculptures are being located in the city.
The naturally impressive Kozhikode district is blessed with calm and quite beaches, backwaters, waterfalls, lush green vegetation, wildlife sanctuaries and a number of important historical sites. There are ample facilities to reach here from all parts of the country by rail, road and airways. The tourist attractions in Kozhikode and its surrounding areas are capable to offer memorable experiences to visitors. Hence this is a perfect place to be visited and enjoyed.
Following are the tourist attractions in Kozhikode