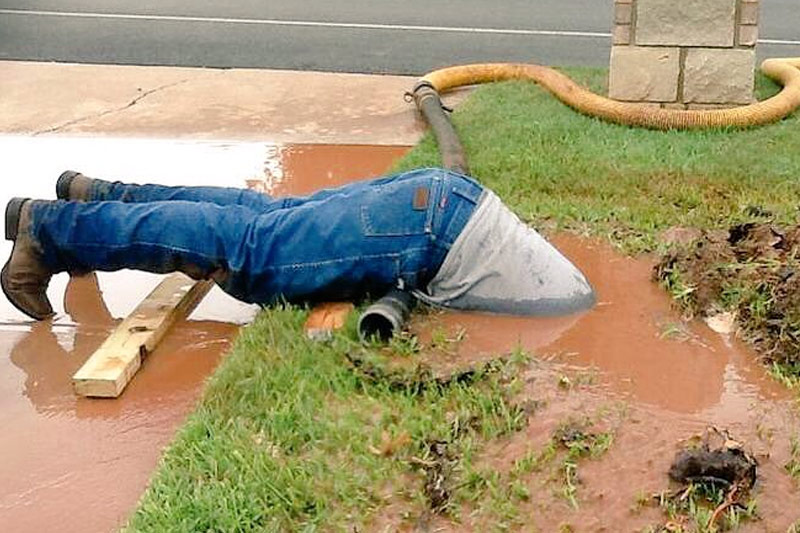 An American plumber is reported to have dived by keeping his head fully in a muddy bog as part of his routine work schedule. This was really astonishing as the plumber Jimmie Cox dived into muddy water while he tried to solve the problem of a burst pipe. The 23-year-old was performed a miraculous dive to clamp a leaking line lying 5ft down. According to Jimmie, the kind of dives were not uncommon in his line of work. In the recent effort, he said that he could not find the offending line after the one-inch pipe was burst off.