Here’s Why You See White Spots on Your Nails 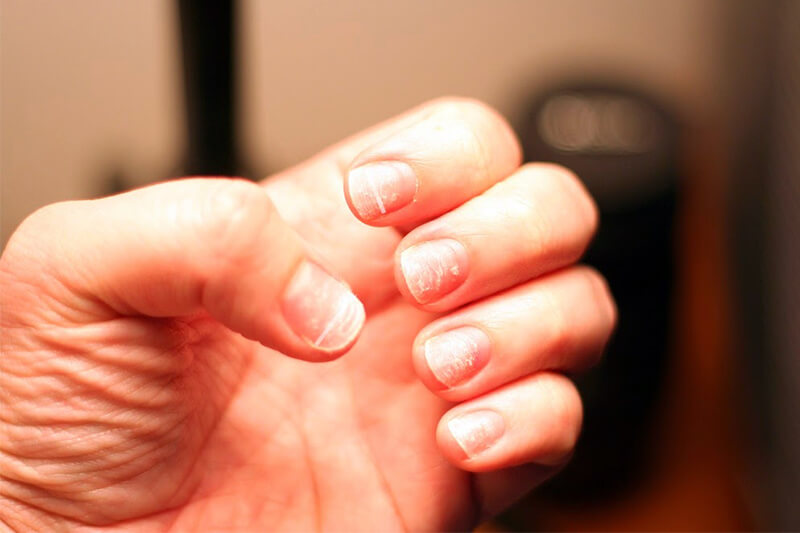 Almost all of them must have noticed little white spots on their fingernails, and we have all lived our life believing that it is Calcium Deficiency. But, it wouldn’t be easy for you to digest that fact since you had made ‘milk’ as one of your ‘essential everyday foods’. However, the ‘conundrum’ will be solved when you finish reading this article.

Lots of people insist that the white spots that often appear on your nails mean that you’re not getting enough calcium. But, it turns out that’s not certainly the case. You don’t have to worry about drinking pints of milk in an attempt to remove whites from your nails. In particular cases, the white spots might indicate a deficiency in your diet. Nevertheless, there’s truly a much more widespread and straightforward explanation to it: you’ve hit your nail on something. As simple as that!
–

The scientific term for the white lines which is seen on the nails is ‘punctate leukonychia’. It is, in fact, a ‘mouthful’. So, we will rather stick on with ‘milk spots’. These milk spots most usually appear to arrive following a ‘trauma’ to the nail, which can sometimes (or perhaps most of the time) be so insignificant you don’t even recollect it happening. They are even more sensitive than you are!!

That is not it. There is yet another possible explanation for the white lines. These ‘milk spots’ could be a fungal nail infection. When your body fights off diseases, it needs to dedicate more energy to that and so it declines the growth of unimportant things like nails. The white lines then emerge as a sort of sign that growth has been halted. However, the good news is that the ‘milk spots’ take real long to appear, so you’d already understand you had the fungal infection. Therefore, you can ‘cool off’ before you’ve convinced yourself your long toenails is about to get decayed.
Most of the times Googling your symptoms or health problems can drive to a downward spiral of fear or stress. Hence, the next time you notice a white speck on your fingernail, you know what could be the reasons. So, don’t panic.