A teenage lady farmer suicides because of anorexia and depression 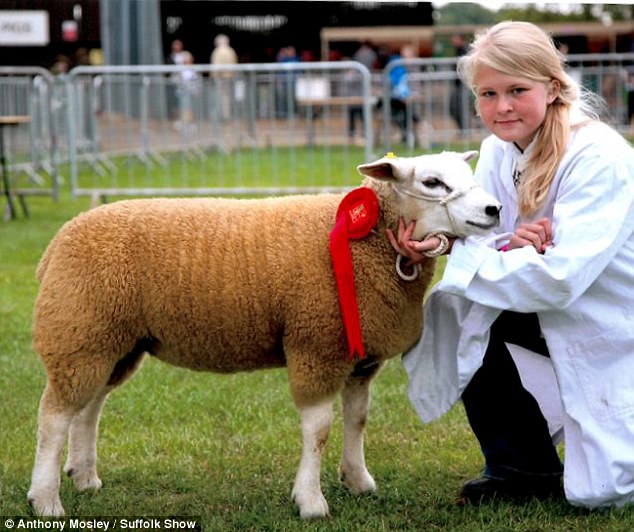 Action Suffolk: A teenage lady farmer who battled anorexia and depression is reported to have died after taking overdose of a farm drug.
Charlotte Cobbald, 17 year old teenage girl was injected herself with just one millimeter of the drug used to treat farm animals as her father was staying only feet away.
Then she told her 70 year old dad Stephen about what she had done. Then ran away into a field before collapsing down, thus surrendering herself to death.
Mr Cobbald, handed over her to the emergency services who rushed to the location in Acton, Suffolk, but tragically Charlotte died in hospital.
On the basis of an inquiry into her death, it is said that she had been suffering from mental health problems and was on leave from a local unit the day she died.
Charlotte was a A* GCSE student who had a talent for sheep farming.
But it was found that she was a “perfectionist” who had been battling against anorexia and depression.
On August 4 last year, she had come home and took some training sheepdogs out with her father and told about her feelings that she was a “complete failure”.
As per the postmortem report, the death of Charlotte was by poisoning from the veterinary drug.
A review into Charlotte’s death by the North Essex Partnership University NHS Foundation Trust said lessons will be learned, after the court hearing.
The inquest was told on how Charlotte had drastically lost around 20kg in 2013 and the history behind self-harming.
Clinical psychologist Dr Kevin Beardsworth was referred her as a “perfectionist”.
He told at the court that there was a significant sense of hopelessness and helplessness to her even though she had displayed exceptionally high standards in her studies. But, she was not feeling good enough.
If she got 99 out of 100 she would be unhappy, she was a perfectionist, which is a symptom of anorexia.
She was afraid at school and began to isolate herself because she was focused on her works only.