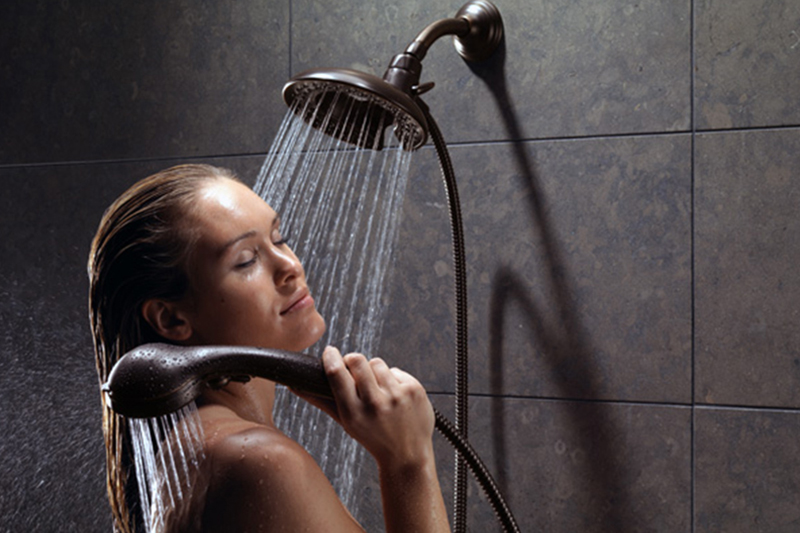 Cold showers? Most of us get shiver even when we speak about it. However, if you are a person who loves to take a hot shower (who doesn’t?), then you need to rethink about it since there are genuine reasons why you should actually consider onto keeping the temperature down.

It gets you awake and alert
–

–
What do you feel when you turn on the shower cold? One could describe the first few minutes as ‘unbearable’. On the other hand, that itself is really good for your body. It will help in eliminating the unsteady and dazed state much better than a cup of coffee. When your body comes in contact with the cold gush of water, there is an instant temperature change and this temperature change can help you in increasing the mental alertness. The mixture of cold and wet can give a shock to your body, and it will push you to breathe deeper and harder, which is healthy as it improves the intake of oxygen in your body. This, in turn, will help in sharpening your mind. Moreover, it helps in boosting your heart rate, which can enhance blood flow throughout the vital organs.

It keeps depression at bay
–

–
Different studies have gone into finding the health benefits of getting a cold shower and it has been observed that applying different water temperatures to the skin could assist in changing the mood and physiology. ‘Psychology Today’ quoted a hydrotherapy study from Virginia which inferred that cold therapy could be useful for patients who were undergoing depression. The researchers assume that simultaneously firing the skin’s cold receptors, which are believed to be three to ten times greater than the warm receptors, can produce a therapeutic effect. There are other studies which found that when the brain is exposed to the cold water, it will help in relieving brain inflammation, which is a known mechanism in depression. Moreover, when your body is exposed to cold, it was found to stimulate the sympathetic nervous system, thereby increasing the release of the adrenaline hormone norepinephrine in the brain. This will help in making the people feel ‘up’ naturally.

It speeds up muscle recovery after a workout
–

–
An Austrian peasant farmer named Vincenz Priessnitz, way back in the 17th century, found that the cold water had some sort of therapeutic properties. He found this by watching a roe deer dipping its bullet wounded leg on a cold water source all the afternoons. And this injury gradually started to heal completely. This made him believe the therapeutic property of cold water.As a matter of fact, there have been lots of studies which have found that cold baths can heal. One of the studies conducted in the year 2009, which involved around 360 members who took the cold shower after running, resistance training or cycling revealed that cold baths with water at around 10 to 15 degree Celcius are capable of reducing muscle soreness. On the other hand, some other studies confirmed that the regular exposure of the body to the cold water could increase muscle mass and also decrease the body fat, which is highly advantageous for those who are into bodybuilding.