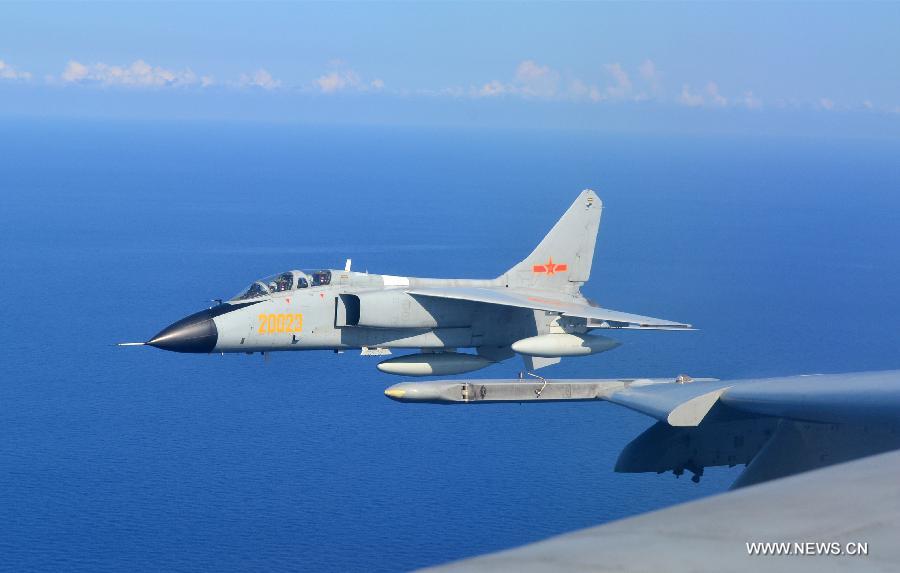 Moscow: Chinese and Russian fighter jets are reported to have carried out a joint military exercise as part of an air defense drill in the Sea of Japan.
China and Japan are currently in dispute over the South China seas islands. The ongoing exercise is code named as Joint Sea 2015(II).
The exercises were taken place in the Gulf of Peter the Great, which lies off the strategic Far Eastern Russian port city of Vladivostok, and in the Sea of Japan, generating concerns of further tension.
China have previously been accused of creating military supremacy in the disputed waters and further infuriated Tokyo with Island buildings at oil and gas sites in the East China Sea.
Four fighter jets, two J-10 and two JH-7, sent off by the Chinese Air Force, were taken off from an airport in northeast China and returned after completing the drill.
A KJ-200 early warning plane was also taken part in the exercise for giving directions to the other four fighters.
The drills were come less than a month after Russia and China designed plans to hold several joint military drills.
The plans also include the practicing of anti-submarine and anti-ship exercises.
China’s Defence Ministry spokesman Yang Yujun has revealed last month that the drills would include Chinese fighter jets, destroyers, frigates and supply vessels.
Yang also said that Russia would send ships, submarines and fixed-wing aircrafts as well as practice with helicopters and submarines.
Japan has previously demanded China to stop its construction of oil-and-gas exploration platforms located in the East China Sea, near the waters claimed by both nations.
Both sides have claimed several uninhabited pieces of territory in the region.
Tokyo has also questioned China’s plans to conduct drills to tap into the rich oil reservoirs that stretch into Japanese territory.
Yang dismissed the issue, suggesting that the Japan government were promoting up the issue as an excuse to legislation for sending Japanese troops to fight abroad for the first time since World War Two.
He has also expressed his expectation that certain people in Japan could calmly reflect on what they had done.
China and Russia are veto-holding members of the U.N. Security Council.
Both are nurturing similar views on key global issues like the crisis in Syria, putting them at odds with the United States and Western Europe.