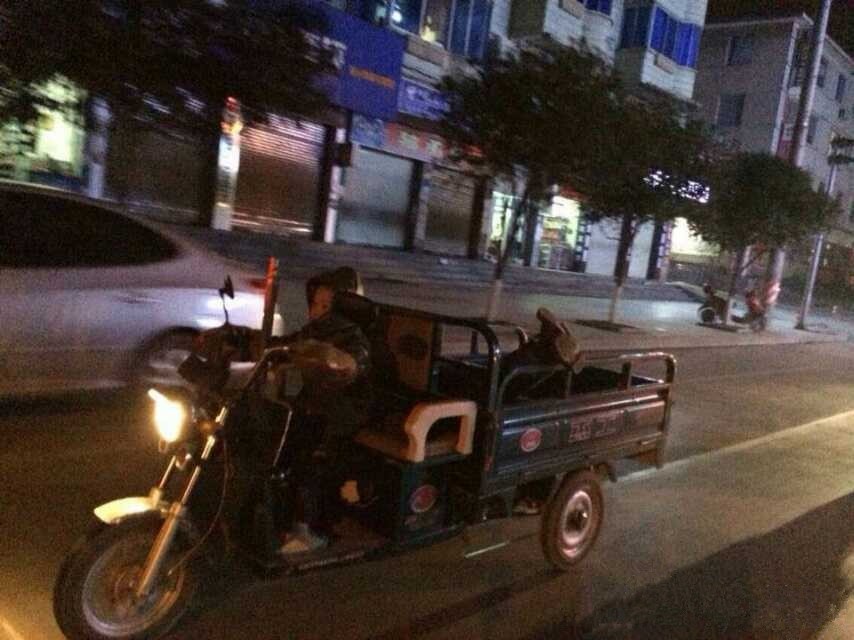 Yizhou (China): A seven-year-old boy is reported to have brought his drunk father home by riding a tricycle through the busy streets of a Chinese city.
Sources reported that a small boy wearing slippers, was seen driving through traffic with his dad passed out in the back of the tricycle.
The incident took place in Yizhou city, in southern China’s Guangxi Zhuang autonomous region.
As per the information, the boy’s father had passed out after drinking late into the night.
For bringing his dad home, he had to drive the tricycle with “skill and calm”.
By the onward trip the boy went to collect his dad and brought him home by the downward trip. Thus he was forced to drive the tricycle for a total distance of 12 miles.
As per the rules and regulations in China those under 12-years cannot ride their bikes or vehicles on the road, let alone electric tricycles.
The news has brought hot on-line debate in China.

Video on the small child driving the tricycle