Switzerland is the happiest country in the world 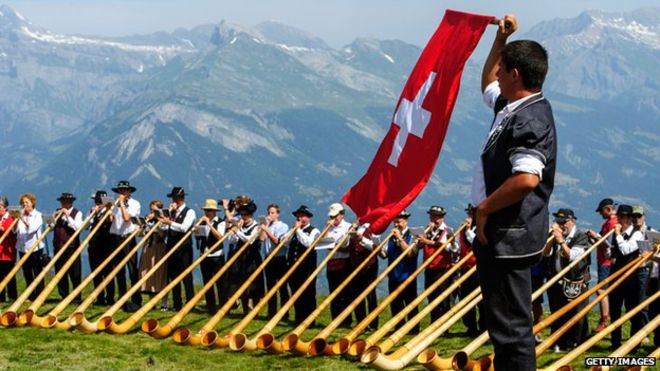 New York: Switzerland is being chosen as the happiest country in the world.
This is as per the the third annual World Happiness index produced by the Sustainable Development Solutions Network (SDSN), an initiative under the United Nations.
Thus, the land of clocks and chocolates has come up as the happiest country in the world.
The happiest country ranking is closely followed by Iceland, Denmark, Norway and Canada.
On the other hand, Togo, Burundi, Benin, Rwanda and civil-war wracked Syria, are chosen for the least happiness experiencing countries.
The World Happiness Report was prepared by examining 158 countries.
The main intention of this analysis is to influence government policy.
The rankings were determined by conducting studies based on the Gallup World Poll in which variable factors such as real GDP per capita, healthy life expectancy, corruption levels, social freedoms etc were considered.
According to the World Happiness report, happiness with respect to a country is considered to be the proper measure of social progress and goal of public policy.
A rapidly increasing number of national and local governments are using happiness data and research in their search for policies that could enable people to live in better environments.
The SDSN launched in 2012 was comprised of people from academia, government and private sectors.

Video on the ten happiest countries in the world