Wild beavers returned back to River home in England 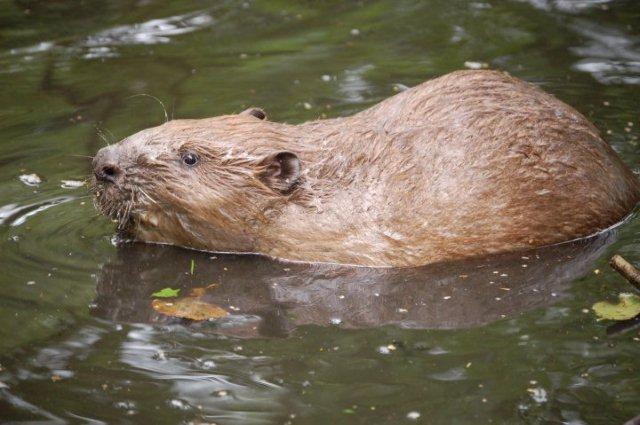 Devon: A family of beavers, the only such creatures in England, have been released back into their river home after being given a clean bill of health.
The family of beavers in England are back home after concluding that they are in good health.
The Beavers who were temporarily captured for disease testing are again brought to their River Otter in Devon.
The wild beavers have been living in this watercourse for the last three years.
As per the evidence received they had produced young ones during last year.
The move to capture the beavers for disease testing was opposed by the wildlife experts.
Earlier they had proposed a five year trial plan by monitoring them in the wild by associating local people and government agency.
It was Natural England who gave the scheme to go-ahead as the mammals being found free of disease.
Wild beavers are seen in England for first time in centuries
Five beavers including two adult pairs and one kit had been temporarily homed in captivity in Devon with access to water and artificial lodges.
As per the test results it has been understood that they were free of bovine TB and a parasitic tapeworm that can cause serious harm even in humans.
DNA tests also confirmed that they were Eurasian beavers, found in the UK before being hunted to make them extinct several hundred years ago, rather than North American species of beavers.
The health and DNA tests on the Beavers are said to have carried out by experts from the Royal Zoological Society of Scotland (RZSS).
According to their conservation projects manager Roisin Campbell-Palmer, these beavers were of unknown origin and it was important to make others know that they were the correct species and they were in sound health.