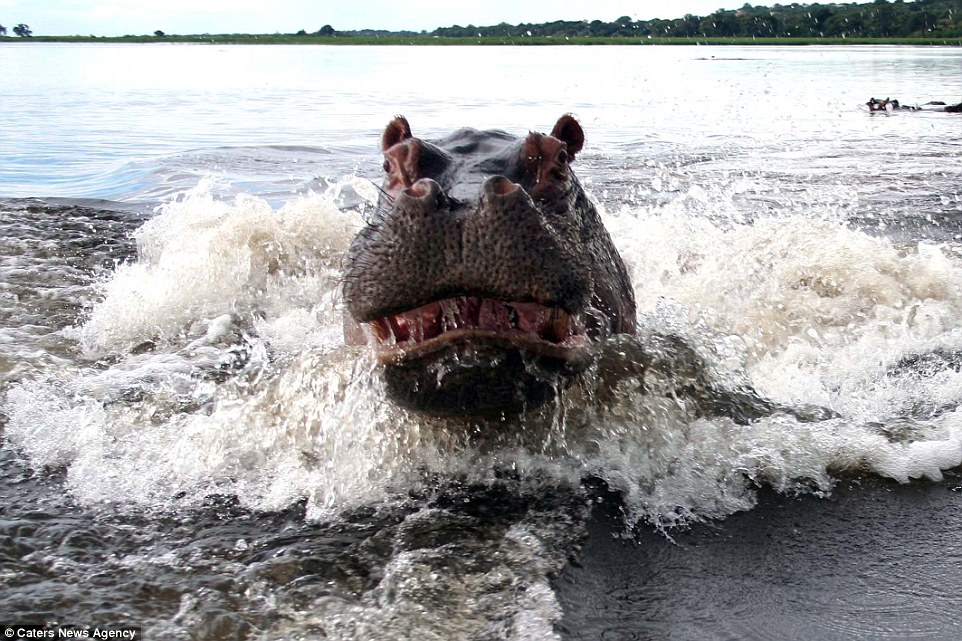 Botswana: A seriously angry hippo at the Chobe National Park is reported to have attacked a safari boat in Botswana.
Rob Masterton and his wife Jessica Masterton-Smith were on the safari cruise through the Chobe National Park when the massive mammal attacked.
They were on a two month long African expedition.
During the boat journey, Jessica had spotted a baby hippo in the river and their tour guide turned the boat to enable them a closer look of the same.
On seeing their arrival, the extremely protective mother-hippo took offensive measures by launching herself out of the water with her massive teeth totally exposed.
Finally the vessel as well as the men on board managed to escape from her gaping jaws.
After returning to the land, the couple examined their video clippings and did realize how narrowly they escaped from being caught by the angry beast.
Rob and Jessica, from Farnham, Surrey, had been on a two-month trip through Africa and had previously been attacked by elephants in the Serengeti National Park in Tanzania.