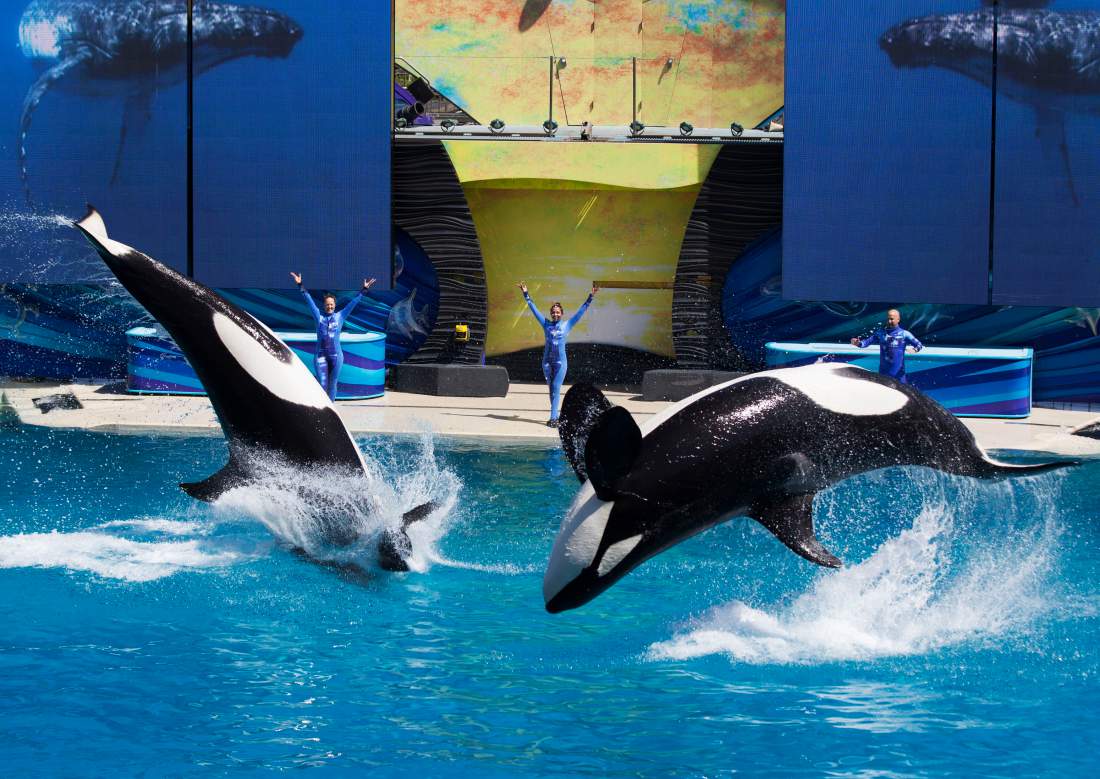 San Diego: An animal rights group in California said that the Organization, Sea World Entertainment Inc, well known for its dolphin and killer whale performances, had sent an employee on secret missions to filtrate events organized by the group.
They have accused the attempt of the organization as a counteracting process of their ongoing activities.
For years, the animal rights group called People for the Ethical Treatment of Animals (PETA) had been campaigned against Sea World over its treatment of killer whales.
In 2011, the group had filed a suit against the company for violating the civil rights on a captive orca.
Even though the suit was later dismissed, the PETA had repeatedly called on Sea World to send its captive orcas to seaside sanctuaries.
In a written statement in response to PETA’s allegations, Sea World said that they were focused on the safety of their team members, guests and animals, and beyond that they were not willing to comment on their security operations.
Sea World had been under large scrutiny over its killer whale shows, in which the massive marine animals were performed tricks and stunts.
In 2013, the stock of the company was come down to 50 percent after the release of the movie “Black fish”.
This was a documentary about a Sea World orca in which the trainer killed the sea animal.
Sea World was subsequently accused by its shareholders while its CEO resigned.

Video on the entertainments carried out by Sea World