Lesser you wash your hands, the better 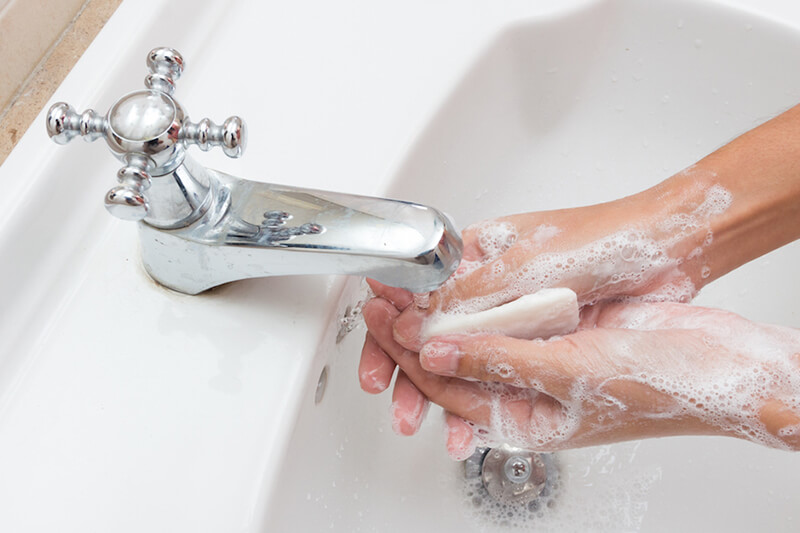 Do you wash your hands often? If so, you need to think about changing that habit. Some allergy experts stated that it is important for our future health and that of our children to lessen hand washing and let the friendly microbes back into our mouths. There are also some authors who go as far as advising us to have dirt.On the other hand, some other experts, such as those working on infectious diseases, states that this is an incredibly irresponsible and risky advice because of the recent increase in cases of transmission of viruses and food poisoning.Which one of these advices is correct? What do we believe? Here we will discuss more about it. Allergies have been increasing since the 1970s in most of the developed countries and difficulties caused by previously harmless pollen, various foods and house dust mites are approaching epidemic proportions.Notably, while the first event of a documented food allergy was reported only in 1969, nut-free schools are now mundane.

Initially, we were asked to tackle with allergies by eliminating or bypassing them. It could be done by vacuuming, removing pets, disinfecting, restricting diets and also by staying indoors.But this has done nothing to hold the increasing rates.The hygiene hypothesis’ is a mechanism which explains about allergies. It was around 25 years ago when a paper suggested this mechanism. In that, they found that children in large, low-income families living in the rural farms, surrounded by animals and dirt, had fewer allergies.These verdicts have been replicated several times around the world in various environments. On the other hand, children from small families in wealthy, urban neighbourhoods are commonly observed to have the highest rate of allergies.The basic thought was that children exposed early on to pathogens should have better tuned immune systems, which does not overreact when they are exposed to harmless proteins like pollen or peanuts at a later point in time.Nevertheless, a mechanism for this was never explained, and recent scientific discoveries suggest that the infections themselves may not be the chief story. Rather, the realisation that the functioning of our immune system is entirely dependent on the normal residents of our guts – in particular, the 100 trillion microbes in our colon, which is known as the microbiome, has altered our outlook of hygiene.
–

–
These microbes are essential to providing vitamins and chemicals and digesting food. Hence it helps in keeping our immune system in control. When our normal microbiome gets disrupted, we lose species variety, and this makes us prone to an odd response to harmless proteins – and allergies and autoimmune diseases ensue.This has occurred over the last 30 to 40 years in developed countries due to a dangerous sequence of events that disturb microbes. It includes reduced fibre intakes, antibiotic overuse, reduced breastfeeding, processed sterile diets, and high caesarian section rates.We are reckoned to hold 40 percent less gut and mouth microbial species variety than those of the pre-medieval people and hunter-gatherers.This is intensified by trends of rising urban living moving us ever further away from our typical outdoor environment of dust, soil and animals.
How unsafe is dirt?
When you don’t wash your hands, it will undoubtedly improve transmission of microbes between people. Moreover, though unproven, it could enhance gut diversity and health. But apparently, this is very ill-advised for high-risk people such as the elderly/vulnerable or immune defective – or while a norovirus outbreak or in conditions such as hospitals.One can also say that there is also no logic to change advice and habits on good toilet hygiene.
Few people assume that regular hand washing could decrease transmission of cold and flu viruses. However, the information is undetermined and could be offset by the decreased immunity to viral infections generated by a possibly reduced microbiome. However, if you are a professional food worker, hand hygiene is important, and we still have deadly outbreaks from fast-food.
–

–
The kind of food poisoning outbreaks is changing, and various threats arise due to the modern way we prepare and consume food. The microbe known as the Campylobacter used to be rare. However, now you can find that it is quite common in refrigerators and generates an estimated 100 deaths and about 300,000 severe infections a year, costing the US several billion and the UK £900m and Pork is yet another common problem shown by a new MRSA outbreak in the UK.A food safety survey which was conducted in the year 2015 observed that Campylobacter was seen in 73 percent of the supermarket chickens tested and, of those, a major part of them were immune to some antibiotics and many with high enough levels of microbes to produce infections. The meat industry states they can’t exterminate the issue and keep prices low. Although we have a culture of cheap processed food at all costs, the customer and taxpayer take the chance – and 11m days a year off work just in the UK is the outcome.If we insist on consuming cheap meat, then it very essential to educate the parents and children about the refrigerator hygiene.

Until the meat is cooked thoroughly, it should be handled like a radioactive substance from the minute you touch the wrapper in the supermarket and assuring surfaces, appliances and hands washed with detergent, soap and hot water.On the contrary, you could say that vegetables are much less of a problem.For the stylish modern semi-vegetarian family who knows where their vegetables come from, the only substantial risk they run is a bit of dust while gaining millions of temporary earth microbes which may be advantageous. If you could avoid some greens, then it would be sprouted foods. It includes bean sprouts and watercress which ar used in salads. These are the things that you shouldn’t trust. They are generally grown in a warm and moist environment wherein the bacteria can thrive. The sprouts which are contaminated with E.coli generated the grave outbreak in recent history killing around 51 Germans in the year 2011.If you’re healthy and fit, you don’t have to wash your hands after going on the public transportation or after chopping vegetables. You don’t necessarily have to wash your hands even after gardening or a stroll in the woods.Although you have to be careful with the meat, toilets, refrigerators and disease outbreaks. Make sure that your kid does do not eat the food that falls on the floor (particularly when it falls on chicken remains).
–

–
Keeping all that apart, you could encourage the children to play with the dog and even other animals. You don’t have to get worried even if they get dirty while playing outside. All these activities could be encouraged rather than taking it all seriously because some things can aid in enhancing the immunity of the kids.As we frequently discover the advantages of increased exposure to microbes we necessarily need more knowledge and education so that we can make knowledgeable decisions on the foods we purchase, the lifestyle choices we make and the antibiotics we ingest so as to reverse our drop in diversity. All this need to be balanced against taking too many chances with new intensively cultivated foods which should now come with health precautions.