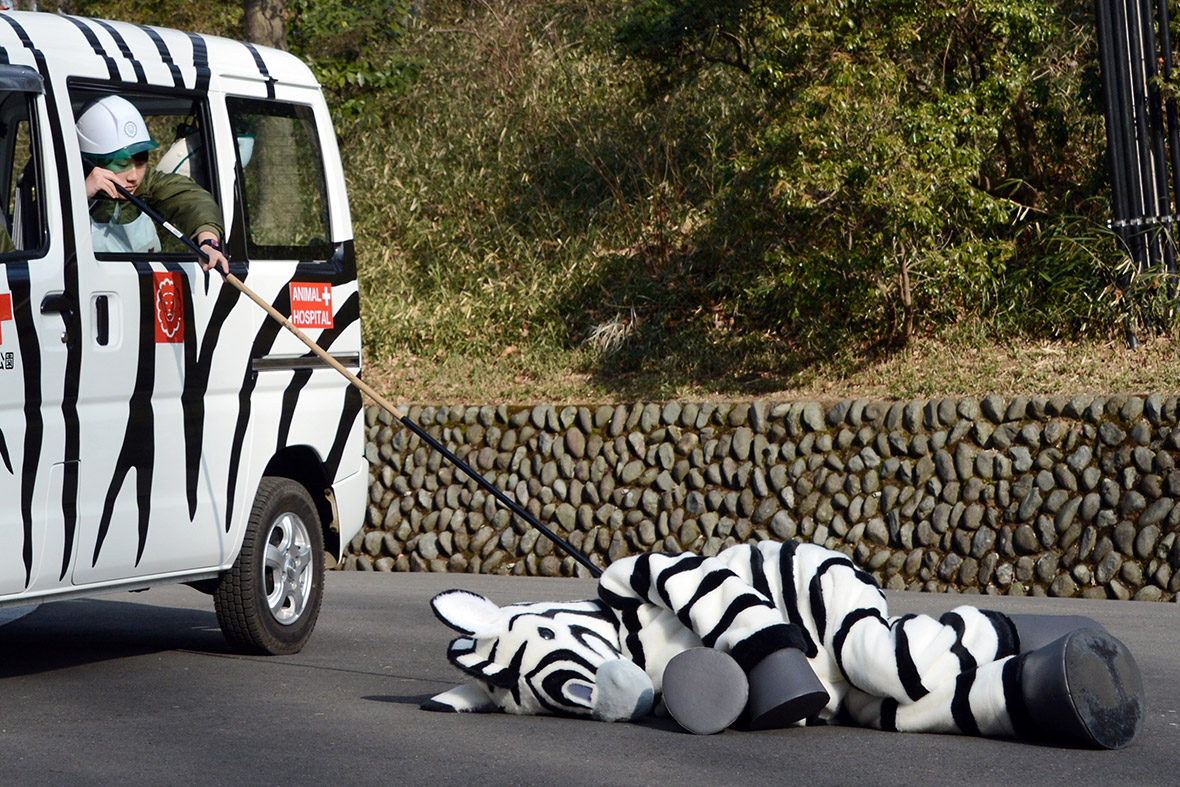 Tokyo: Zookeepers in Tokyo are taken the chances of animals escaping from zoo very seriously.
Since earthquakes are very often in Japan, animals used to escape from zoo during that life threatening moments.
Hence, the zoo staff had to prepare themselves for preventing dangerous animals escaping from the zoo during a disaster.
At Tama Zoological Park in Tokoyo, the staff of the zoo had to practice the event as if it was real.
Thus they conducted the practice outdoors, rather than holding it behind closed doors.
Thus as decided, every now and then, a man or woman dressed up in an animal costume and behaved like one among them very naturally.
In this mock drill, a snow leopard which escaped from its enclosure is said to have maimed a zoo keeper.
He was eventually caught in a net and restrained with a fake tranquilizer.
The Zoo director Yutaka Fukuda said that during a big earthquake, there are possibilities to fall a huge tree on an animal cage, or many other adverse incidents could occur that may lead to an animal escape.
According to him, this matter is very important, and so, they decided to carry out the mock drill with seriousness.
In the past, zoo staff had chased down people dressed up as rhinos, lions and orangutans.