A Yawn Can Tell If Someone’s A Psychopath 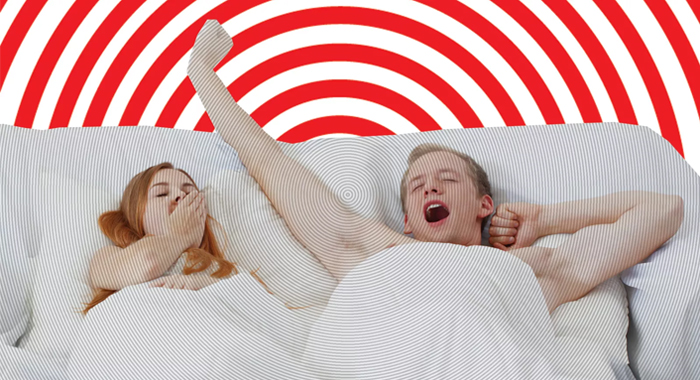 Now you could actually find if that mean and aggressive coworker of yours is actually a psychopath in disguise by the way they yawn.As per a research, which was published in ‘Personality and Individual Differences’, you can determine if an individual has sadistic, narcissistic tendencies just by the way they yawn or more precisely if they yawn at all. The clue is that you just need to try yawning yourself and just check if he or she yawns back. People who are high in psychopathic personality traits generally do not “catch” the contagious yawn, whereas the others do.
–

–
Yawning is something which is absolutely contagious. Hence, if you don’t receive a yawn back after yours, then you can say that the person is probably a psychopath. On the other hand, if you don’t return someone else’s yawn with one of your own, it can indicate a lack of empathy.Brian Rundle, who is the lead author of a study and a behavioural scientist at Baylor University, says that contagious yawning is a very primitive form of bonding and communication. It’s been seen in non-human primates and also in other mammals.Rundle is keen to point out that diagnosing psychopaths is much complicated than just waiting to see if they yawn after you do. It is because of the possibility that someone will get a contagious yawn is dependent on several factors. The factors may include age and familiarity. You are less prone to yawn after someone else if you’re perhaps older and on the other hand, you are more likely to yawn just after someone else if you actually know the individual.
–

–
However, apparently, if you don’t tend to yawn when you see someone else doing it first, you don’t have to worry and turn yourself into the local police station as a possible risk to society. Although it does mean that you may be a little more self-centered or perhaps emotionally disconnected from others in some ways. It is not anywhere near as wrong. Rundle says that people who are high in psychopathic traits may only be difficult to connect with. However, that doesn’t indicate that they are malicious people.However, it is worth remarking that those who don’t find yawning contagious are four times more expected to identify with some psychopathic inclinations than those who do.