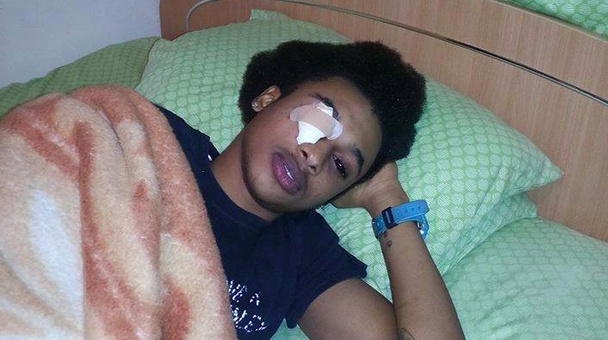 New York: A recent trend in rap music has seen some musicians tattooing their eyeballs black.
This is a peculiar eyeballs dying procedure with ink.
American rapper ‘Mace’ had recently undergone the eyeball tattooing procedure which made him to be hospitalized.
He was following the footsteps of his fellow rapper ‘Alkaline’ who himself has had his eyeballs tattooed black.
After his eyeballs were tattooed black, Mace experienced certain complications in his right eye as the aftereffect of the tattooing procedure.
Mace, who belongs to Brooklyn, New York was then admitted to one of the hospitals in the city.
The process of tattooing eyeballs is illegal in some parts of the United States.
When skin tattooing requires hours long needling and dyeing, the eye tattooing can be performed by simply piercing the sclera, which then spreads instantly through the eyeballs, developing a black cloud.
Mace, who have had a full recovery, has now continued in his musical career as usual.
This incident has brought fears among other Rap musicians who want their eyeballs to be tattooed.
This type of tattooing is generally carried out from respective parlors.
Since there are possibilities to lose their eyesight by such procedures, there are opinions to carryout the eyeball tattooing process by the expert hands in the medical profession.