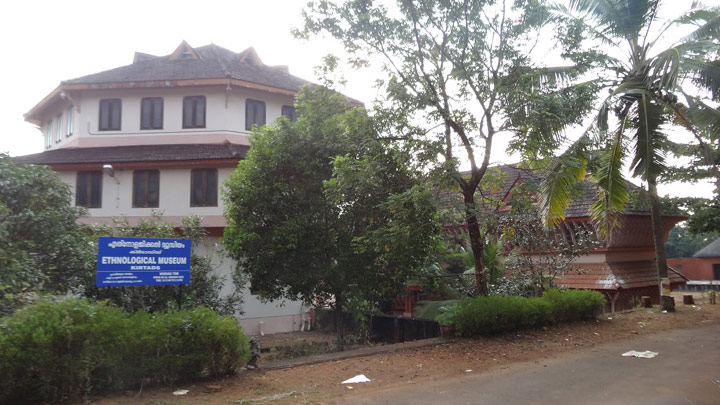 KIRTADS is the Kerala Institute for Research, Training and Development Studies of scheduled castes and tribes is running by the Government of Kerala. The institute is situated in Chevayur which is about seven kilometers away from the Kozhikode city. The unique Institute is popular for its knowledge rendering ethnological museum and documentation center established in the year 1972. The main goal of the museum cum institute is to carry out researches and studies that support to promote the developments of the scheduled caste and scheduled tribe communities in Kerala. The institute, started as a tribal research and training center, was transformed in to KIRTADS only in 1979. Currently, the studies and researches performed here are to identify problems facing by these marginalized sections of the society and also to suggest valuable recommendations for their uplift. The ethnological museum in KIRTADS showcases a large number of rare artifacts and tools related to the culture and social life of the tribal communities in the Kerala State . The display items mainly include costumes, ornaments, jewelery, household utensils, mats, nets and traps, bows and arrows, baskets etc used by these tribes. The musical instruments and spectacular wooden carvings in the museum highlight the interest of these communities in art as well as craft. The demonstration with miniature model of tribal huts and household materials are really very nice to hear. A collection of field photographs of various tribes are the other elegant exhibits in the museum. A collection of preserved tribal medicinal plant specimens provide an insight into the healthcare methods and indigenous herbal medicines used by these tribal people for the treatment of various ailments. Agricultural tools and ceremonial equipments used by the tribal communities in Kerala can also be viewed at the museum. There also displays some anthropological collections of tribal people from their respective locations as well as from neighboring states. Costumes of various art forms and handicrafts made by members of the Scheduled Tribes are the other key exhibits that attract visitors. All these possessions help researchers to study the tribal culture and lifestyle. With an intention to promote tribal art and culture, there is a center called Adhikalakendram inside KIRTADS. Here, a revitalization process of these cultural art forms are carried out. Apart from this, it also encourages traditional arts like wood carving, basketry, mat weaving, pottery etc. In the museum, there is a craft workshop, an exhibition hall and a circular-shaped open-air stage with a gallery. There also displays the compilation of field photographs of diverse tribes. In the documentation center next to the museum, there are records and

papers showing the developmental works carried out by the government for the enhancement of these native tribal groups. The ancient tribal folk songs and stories handed down through generations have now been recorded and documented here. Written information about tribal music and journals are also preserved in the center. A well maintained reference library with books on anthropology and sociology is really an added attraction of the institute. Currently, the regular functioning of the institute is carried out by three separate departments namely training wing, research wing and development studies wing. The work towards conserving tribal history, assist students of this institute in researches and studies and become capable to come out with ample suggestions and recommendations to solve the problems facing by these weaker sections. KIRTADS also conducts regular seminars and meetings and their outcomes are made aware by publishing a newsletter in English. A valuable publication of the center regarding tribal music is very informative. A lot of ethnographic studies and research findings have also been published in both English and Malayalam by the institute.   Video on tribal arts fest conducted by KIRTADS, Kozhikode