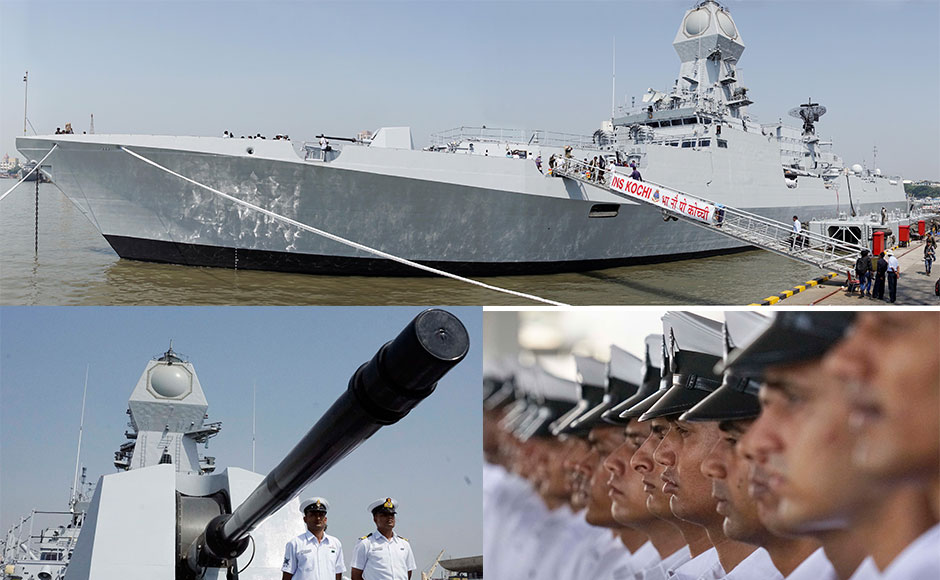 Kochi: The new generation Naval warship INS Kochi is commissioned by Defence Minister Manohar cell spy Parrikar at the Mumbai Naval Dockyard. The war ship INS Kochi is the second of its kind that belongs to Kolkata-class (Project 15A) with Guided Missile Destroyers. The process of designing the warship was the task of Navy’s in-house organization, Directorate of Naval Design who handed over the construction works to the Mazagon Dock Ship builders Ltd. in Mumbai. Although planned to construct the ship as a follower of Delhi class, the ship is vastly superior and has major advancements in weapons and sensors. The new design concepts of the ship are featured with improved survivability, maneuverability, concealment and sea keeping. The ship with a displacement of 7,500 tonnes, having a length of 164 meters and 17 meters at the beam, is propelled by four gas turbines and designed to achieve speeds in excess of 30 knots. Enhanced stealth download spy phone software features are being secured through shaping of hull and utilizing radar-transparent deck fittings. http://buyessay-onlinein.com/ A bow mounted sonar dome, assumed to be the second of its kind in an indigenous naval platform, has been introduced to enhance sonar acoustic performance of the warship.   Video on ultimate mobile phone spy free download INS Kochi