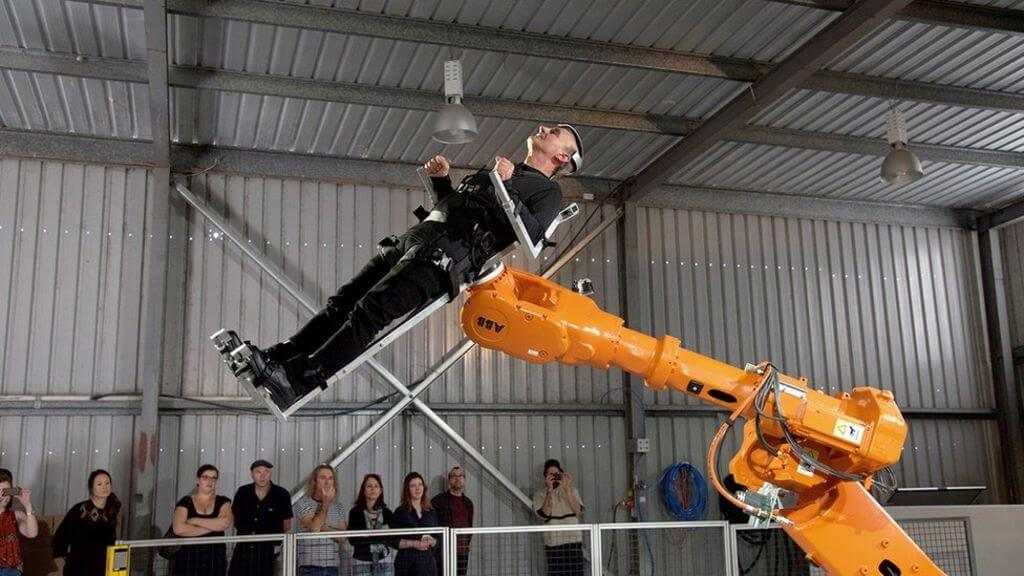 Perth (Australia): A university professor in Perth is said to have offered himself to be spun around by a giant industrial arm for 30 minutes to support demonstration of his latest innovation.
The academician, known as Stelarc, having nickname nutty professor, strapped himself to the $80,000 robot and allowed it to propel him in different mechanical flights.
His intention was to show the interaction of a human with a machine.
After the event, Stelarc said that he was a bit sensitive while experiencing the cacophonous rotation by the robotic machine..
According to him, the development of robotic technology could bring humans and robots to be more intimate and interactive.
As per his conception, the manual (human) programming of the machine (robot) ensures a connection between the body and machine that generates a unique artistic system.
The Curtin University professor was also famous for growing an ear on his arm.
According to Cyprus born Stelios Arcadiou, the ear, made of human cartilage, is an augmentation of the body’s form.
He was first dreamed up the idea in 1996, but needed another 10 years to bring a medical team to verify and certify his activities.

Video on the robotic movement of the Perth Professor