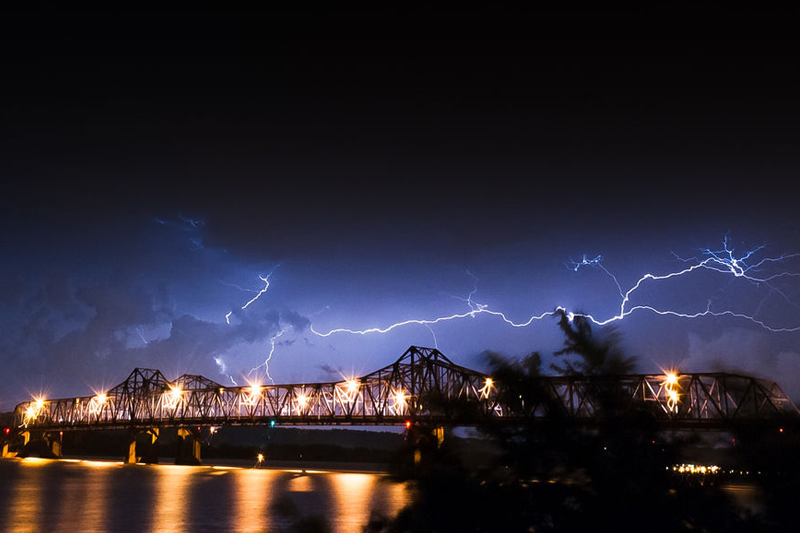 Lightning is one of the most “striking” phenomena of the natural world. The meteorologists have now unveiled details of the most intense lightning bolts ever recorded. The all-time world records for both the longest lightning bolt and the world’s longest-duration lightning flash are approximately 200 miles and over 7.74 seconds respectively.
–

–
As per the World Meteorological Organization, the world’s longest lightning bolt struck over Oklahoma in the year 2007 and it travelled nearly three-quarters of the length of the state It was recently that they announced the “electrifying” new record.The World Meteorological Organization (WMO) declared that the lightning stroke traveled about 199.5 miles which is equal to 321 kilometres on June 20, 2007. The organization also approved the longest duration of a single flash of lightning to be 7.74 seconds, for a flash that befell over Provence-Alpes-Côte d’Azur, France, on August 30, 2012.The two statements mark the first time that lightning has been covered in the official WMO World Weather & Climate Extremes Archive, which documents records for wind speed, heat, cold, rainfall and other climate events.

WMO Secretary-General Petteri Taalas stated that lightning is a significant weather hazard that claims many lives every year. He also added that Improvements in identifying and monitoring these extreme events would assist us in improving public safety.The World Meteorological Organization or WMO said the development of lightning-sensing technologies made it possible to find new limits and allowed the organisation to include lightning measurements in the archive now. Randall Cerveny, who is the chief rapporteur of climate and weather extremes for WMO, opines that the experts can now analyse particular lightning flashes in much higher detail.
–

–
IN the US, the lightning strikes about 25 million times every year. According to the National Weather Service, an average of 49 people is killed annually and around hundreds are injured. According to this year’s report (until now), lightning has killed 35 people in the US, which makes 2016 the fatal year for lightning since 2007, which had 45 lightning-related deaths. According to the WMO, enhanced sensing technologies in recent years have enabled for better warning systems and safety protocols.Cerveny says that the final result strengthens critical safety information concerning lightning, especially that lightning flashes can travel vast distances from their parent thunderstorms.The WMO’s full evaluation of the record-breaking bolts was published online on September 15 in the Bulletin of the American Meteoroloical Society journal. The experts suggest staying indoors when there are thunder and lightning.