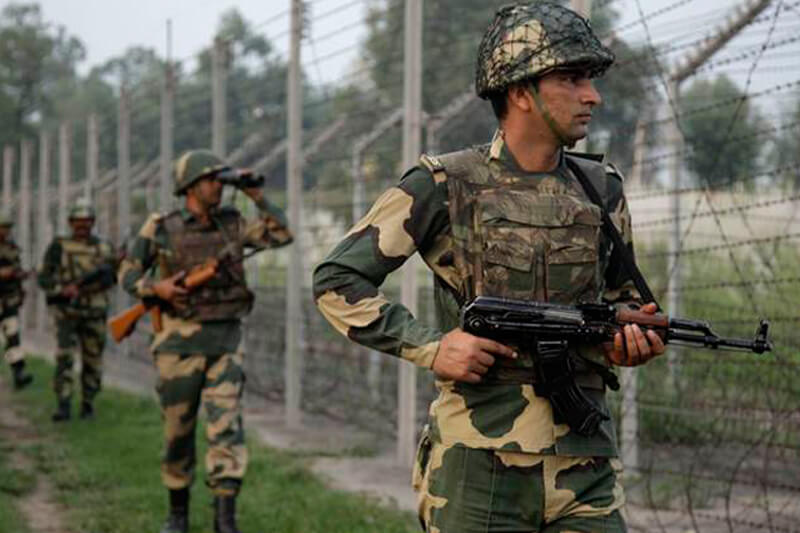 Pakistan seemed to be in denial after Indian Army’s statement of conducting surgical strikes on terror launch pads across the LoC in Pakistan.Radio Pakistan announced that Prime Minister Nawaz Sharif declared that the country’s armed forces are completely capable of defending the national integrity of the country.Sharif also warned that Pakistan’s intent for a friendly neighbourhood should not be overlooked as its weakness.He also said that Pakistan could stop any evil design to enfeeble its sovereignty. He firmly condemned the unprovoked invasion of the Indian forces along the Line of Control.On the other hand, the Pakistan military stated that two of its soldiers were killed in a ceasefire breach by India along the LoC.Nawaz Sharif paid rich tributes to the soldiers who were killed in the firing. Prime Minister Sharif examined Pakistan’s defence readiness, holding discussions with Army chief Raheel Sharif and other top aides.
–

–
Th local media reported that Sharif and Raheel had a telephone conversation during which they addressed the situation at the Line of Control.The reports suggest that Raheel informed Sharif over the incidents at the LoC, adding that the Army chief notified him that Indian claims of surgical strikes were baseless.Sharif told the Army chief that the whole nation was good morale and was committed to protecting the motherland alongside the armed forces. Sharif’s office said in a statement that he had gathered a cabinet meeting on Friday,The discussion on current Kashmir situation and UNGA visit will be at the top of the cabinet’s agenda. Other than that, there will be discussions over bilateral meetings of the PM in New York.The statement said that the Foreign Secretary, Aizaz Chaudhry, will brief the cabinet before the conference. Sharif was also summarised on the LoC situation by General Nasir Janjua, National Security Adviser (NSA) after Indian Army conducted surgical strikes against terror bases beyond the LoC.The Prime Minister’s Office said that the NSA presented a comprehensive report on the LoC situation to Sharif. It further mentioned that the prime minister was regularly briefed on the status on the LoC by the security institutions.
–

–
Pakistan on Thursday stated that Indian troops had responded to “cross-border fire” from the Indian side that shot two soldiers and injured nine others.Pakistan Army, in a statement, said that there had been no surgical strike by India; but rather there had been a cross-border fire which was initiated and conducted by India which is an existential event.It was strongly reacted to by the Pakistani troops, as per rules of engagement.It said that the notion of surgical strike associated with alleged terrorist bases is an image being deliberately made by India so as to create false effects and that this quest by the Indian establishment to generate media hype by re-branding cross-border fire as the surgical strike is a fabrication of truth.
–

–
The statement said that Pakistan has made it open to the sight that if at all there is a surgical strike on the Pakistani soil, it will be properly responded to.Khawaja Asif, Pakistan Defence Minister, stated that India’s claim was not valid.He also said that India violated LoC and that it only used light weapons in the firing. He added that Pakistan forces gave a befitting response to Indian firing.PAF statement said that Pakistan is ready to react to any such strikes.The report said that the Prime Minister Nawaz Sharif has firmly condemned the unprovoked and naked aggression of the Indian forces ending in the martyrdom of two Pakistani soldiers along the LoC.