A thirsty leopard gets its head stuck in a pot 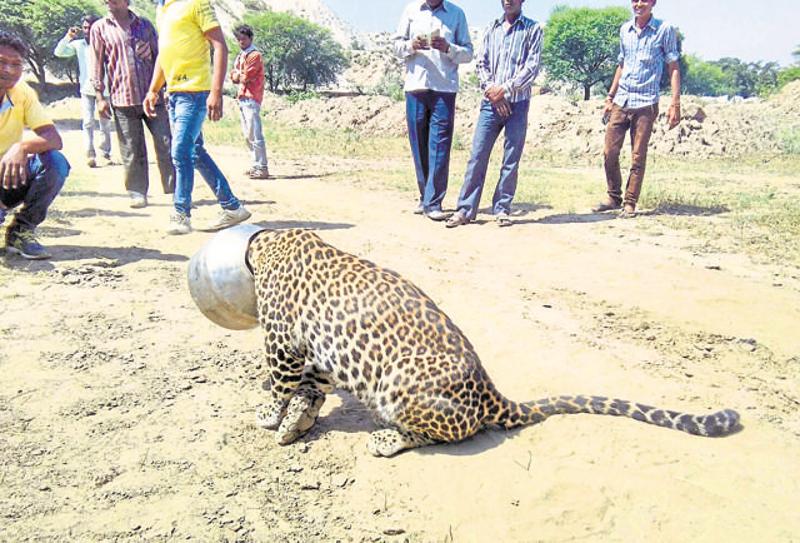 Rajasthan(India): A thirsty leopard was very unlucky to get its head stuck in a tight pot after he went in search of water in a mining dump in India.
The wild animal was viewed by people with its head stuck in the metal pot in an Indian village of Sardul Kheda in Rajasthan which locates at the north-west region of the country.
The leopard which observed as emotionally panic was wandering around as it struggled to get rid of the vessel.
The onlookers were trying to record and take photographs of the unusual scene.
The male leopard had been trapped for about five hours before the arrival of the forestry department fellows who finally tranquilized the animal and freed its head from the pot.
District

Bangkok bomb blast assumes to be aimed at for