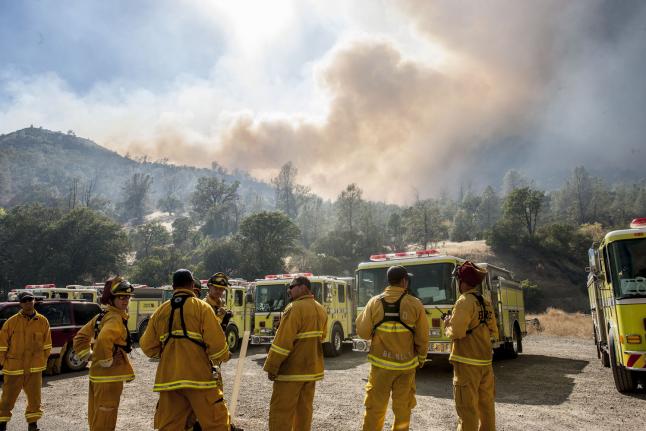 Washington: Approximately 200 member US military troop is being asked to assist firefighters who have been actively participating to suppress wildfires . They are intented to boost the ongoing fire extinguishing activities in the region. The National Inter-agency Fire Center (NIFC) has described the US military movement as the first such mobilization since 2006. NIFC said that it had requested the Pentagon to provide 200 free write essay active duty military personnel, and the current decision was in accordance with the approval of the request by the department. Thus the 17th Field Artillery Brigade of the 7th Infantry Division is being authorized writing an essay to join the fire suppression activities. The pentagon said that the soldiers would be organized into 10 crews of 20 persons each and all such crews would be sent to the venue where the wildfire had been creating severe http://spycellphone24h.com/ devastation. Approximately 95 wildfires are currently identified as burning about 1.1 million acres (445,000 hectares) of forest greeneries in Oregon, Washington, Idaho, Montana, California, Nevada, and Colorado. Weather and fuel conditions are predicted the wildfire to continue and spread for the next several weeks. Since 1987, active duty military personnel have been asked to serve as wild-land detect cell phone spy software firefighters as such calamities are common in those areas. Thus the military has been asked to serve as firefighters for a total number of 35 times. Previously, the military served as mobile phone spy firefighters was in 2006 when a battalion from Joint Base Lewis-McChord had been mobilized to work on the Tripod Complex Fires on the Okanogan-Wenatchee National Forest in Washington. Currently, several states including California, Washington, and Oregon have mobilized National Guard personnel to serve as wild-land firefighters during the wildfire suppression efforts.   Video on US soldiers active presence in extinguishing western wildfire