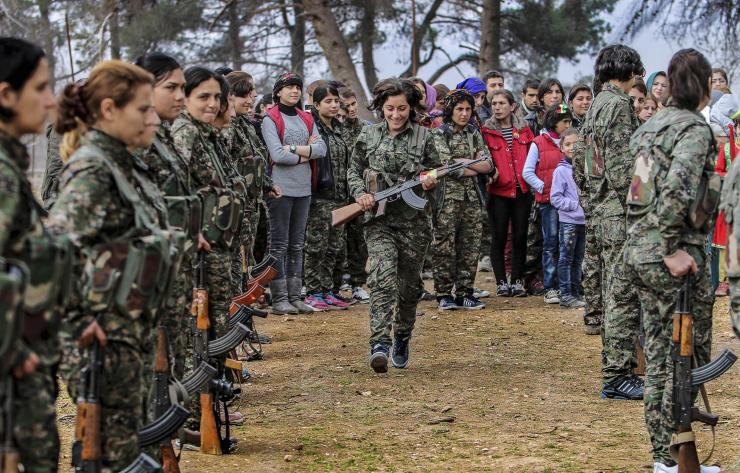 Baghdad: High up in the mountains on the Iran-Iraq-Turkey border, a group of Kurdish and Yazidi women are reported to have been united in their battle against so-called Islamic State.
Determined to fight back against their enemies, they have joined a PKK training camp as women fighters.
Kurdistan, an independent region in Iraq has its own culture and language and the people belong to the group can also be seen living in parts of Syria, Iran and Turkey.
The female fighting units of the Kurdish PKK militia were formed after ISIL attacked Kurdistan last summer.
ISIL committed violence against many citizens and sold some Kurdish women into slavery.
Women in Kurdistan live with fewer restrictions than they do in other parts of the country and some other regions of the Arab world.
The women fighters have said that they won’t marry or have children as they have to combat the threat of ISIL.
They can be found as defending all females against dangerous ideologies that minimize girls and women.
The female forces reflect the origination principles of the PKK, which emphasizes both Kurdish and female independence.
For the past one year, the group had been fighting against ISIL for capturing control of Kobani, a strategically important Syrian city located just south of the Turkish border.
During that fight, women fighters were 40 percent of the fighting population from the Kurdistan.
According to Kurdish affairs expert and author David Phillips, if the U.S. have to curb the extremist ideology spreading in the Middle East, they should offer assistance to PKK troops.
However, the PKK has fought for control of Turkish territory in the past, leading the U.S. to label it a terrorist organization.
Some policy makers are hesitant over Turkey for offering support.

Video on Kurdish-Yazidi women fighting against IS militants