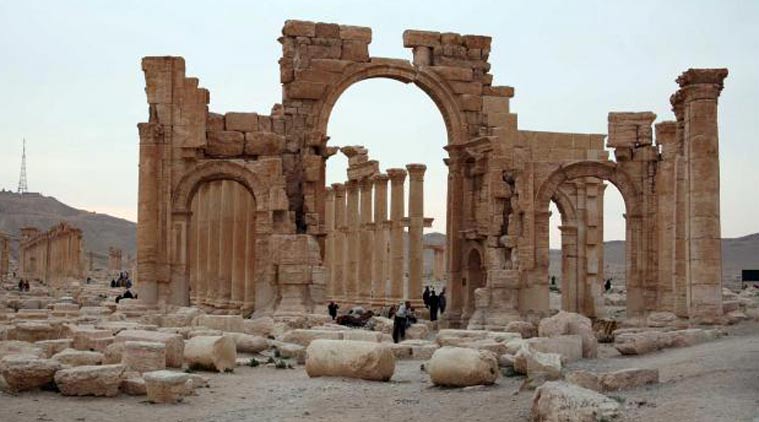 Damascus: It is being reported by officials that Islamic State (IS) militants have beheaded an antiquities scholar in the ancient Syrian city of Palmyra.
His headless body was later hung by the militants on a column in a main square of the historic site.
It was in May that the IS militants captured Palmyra in central Syria from the government forces. Currently, they have been controlling large swathes of Iraq and Syria.
They had not been damaged its monumental Roman-era ruins despite their notoriety for destroying artifacts which they clarify with interpretation of Islam.
Syrian state antiquities chief Maamoun Abdulkarim said that the 82-year-old scholar who worked for over 50 years as head of antiquities in Palmyra was executed by the Islamic State militants.
The matter was informed to him by the family members of the beheaded archaeologist Khaled Asaad
As per the reports, Asaad had been detained and questioned for over a month by the ultra-radical Sunni Muslim militants.
Asaad was known for several scholarly works published in international archaeological journals on Palmyra.
Over the past few decades, he was also worked with the archaeological missions of U.S., French, German and Swiss, on excavations and researches on 2,000 years old ruins in Palmyra, a UNESCO World Heritage Site including Roman tombs and the Temple of Bel.
Syrian officials said that they were moved hundreds of ancient statues to safe locations, before the capture of the Palmyra city by the Islamic State.
According to them all such statues are out of concern regarding their destruction by the Islamic State militants.
In June, Islamic State had blown up two ancient shrines in Palmyra which were not part of its Roman-era structures, but according to the militants those marvelous heritage monuments were irreligious and irreverent.