An Indian man organized wedding ceremony for a monkey couple 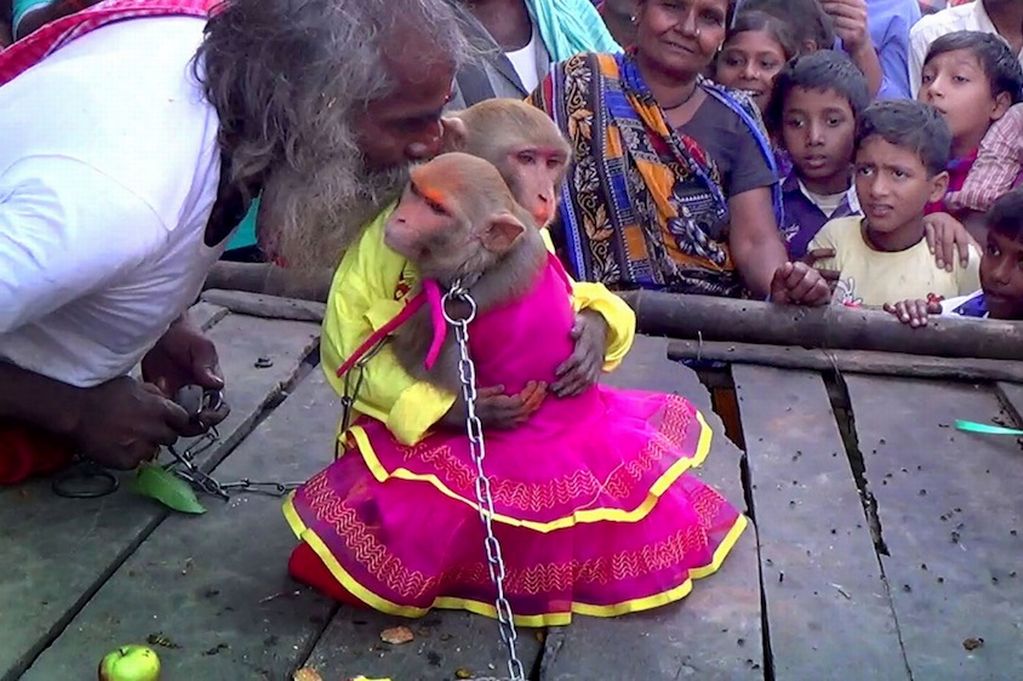 Bihar (India): One native of India has made arrangements to get his two pet monkeys married in an elaborate ceremony.
Hundreds of villagers were turned out to watch this absolutely interesting and rare occasion.
One local Hindu priest was authorized to solemnize the marriage ceremony of the monkey couples.
Before the interesting event, the owner of the pets Udesh Mahto had arranged a procession through his village in Bettiah district of Bihar.
A grand presentation comprising of a flower-decked SUV, wedding cards and bands were the other unique features of the marriage.
The monkey bride called Ramdulari was dressed up with an organ dress while the groom named Ramu with a T-shirt.
According to the owner Udesh Mahto, Ramu is like an adopted son to him.
He wanted his pet monkeys get married, since it became obvious to him that they liked each other.
Monkeys are honored in India as per the Hindu culture. Hanuman, the Hindu monkey God, is one of the most worshiped figures in Indian religion.
Mahto bought the 13-year-old Ramu from Nepal and later purchased his bride Ramdulari at a fair.
There was a huge procession through the cramped streets of the village before the couple got married.
There was also one magnificent feast to add luster to the matrimonial ceremony.
People from neighboring villages and towns were also traveled to join and enjoy the spectacular festivities.

Video on the marriage of monkey couple