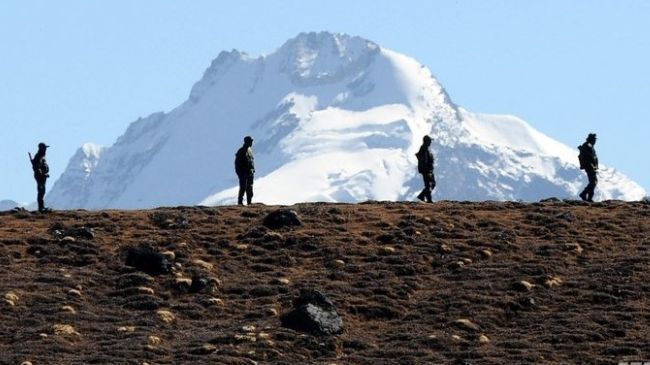 Leh/New Delhi: Chinese troops are said to have entered 25 to 30 km deep into Indian territory at Burtse in Ladakh area where they had built tents and led to tense for about three weeks.
Official sources said that the Indian troops who were patrolling, noticed the People’s Liberation Army (PLA) personnel in Indian territory while moving from their base towards the higher ‘New Patrol base’ post in Burtse area of North Ladakh in Jammu and Kashmir. The area is at an altitude of 17,000 feet above sea level.
The sources said the troops after walking barely 1.5 km from their base were noted the Chinese personnel in Indian territory 25 to 30 km from the perceived Line of Actual Control (LAC).
Adhering to newly drafted Standard Operating Procedures, the Indian troops returned back to their base.
However, the army sources in India denied the report.