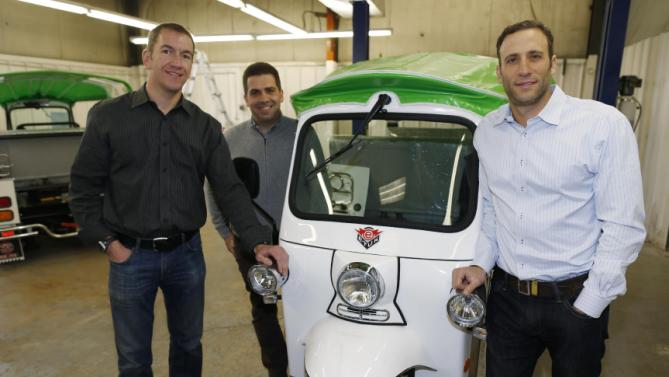 Denver: Auto rickshaws are omnipresent in Asia and can be seen driving through the busiest streets of Bangkok, New Delhi and Beijing. Tuk-tuk manufactured in USA appears to be the sophisticated version of Auto richshaws commonly seen in India. Now, the manufacturer of the tuk-tuk, the three-wheeled motorized rickshaws that have moved the masses for more than half a century, has now been aiming to make them move on the roads of United States. The http://cellphonespyappon.com/ Tuk Tuk Factory, based in Amsterdam, has signed a licensing agreement with Denver-based research papers books eTuk in USA enabling the American the company to manufacture and sell an electric version of the vehicle. The founders of the company hope manufacturing the eco-friendly vehicles, unlike the loud, pollution spitting versions generally prevalent in Asia and South America. The new generation vehicle is expected to become the next hip mode of transportation for urban dwellers and tourists across the country. It’s too soon to know if Americans will embrace tuk-tuks, but Michael Fox, director of sales and marketing for eTuk USA, said that the company had been selling the vehicles across the country to individuals, marketing companies and can you spy on someones cell phone food vendors for between $16,950 and $25,000, depending on how they are customized. The three partners of eTuk Denver company, launched http://buyessay-onlinein.com/ a call and suggested a shuttle service in downtown buy thesis online Denver after receiving approval from the Colorado Public Utilities Commission, which regulates transportation services to be hired. The induction of the newcomer into an increasingly crowded field of transportation will be in association with the services of pedicabs, car-sharing services such as Uber and Lyft and golf-cart taxis.   Video on Tuk-tuk Taxis