California wildfires force nearby residents to evacuate their homes 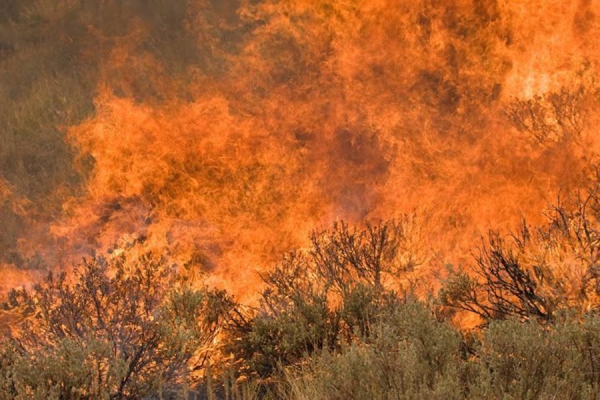 California: Residents of two California towns were under mandatory evacuation orders as a growing wildfire has been sweeping through drought hit mountains.
The fire in the mountains of San Bernardino County east of Los Angeles was among severe wildfires raging along the U.S. West Coast, from Alaska through California.
These areas are hit by drought with record suffering and low snow pack.
In Idaho, officials have issued a health advisory following the extreme heat prevailing there.
The weather forecasters have already predicted record-breaking temperatures in these regions.
The northern end of the Sacramento Valley in California was also under unusual heat with atmospheric temperature towering to 111 Fahrenheit (43.9 Celsius).
In Southern California, firefighters were losing ground because of the long-burning San Bernardino County blaze. It has been spread out to an area of 23,199 acres (9,388 hectares) in the face of gusting winds, according to fire-tracking website called InciWeb, which can collect information from multiple agencies.
The nine days old blaze, is now prompted evacuation orders for the towns of Burns Canyon and Rimrock.
A voluntary evacuation order for Pioneer town is established already while the containment is being dropped to 21 percent.
However, one-third of the fire could be contained the day before.
Authorities did not say that how many people were ordered to leave while some 7,000 structures were threatened by the fire.
Roadways and campgrounds were remained closed and about 360 campers were sent home from the Lake Williams area.
According to InciWeb predictions, weather would remain warm and dry over the fire with gusty west winds over the next few days, even though temperatures were expected to come down in the next several days.
Weather was not the only obstacle. Nearly a dozen firefighting aircraft were grounded after a drone was spotted in the area.
The county fire department said that in Los Angeles County, roughly 1,000 residents in Santa Clarita were warned from their homes as a hard-charging fire was spread across some 350 acres (140 hectares) in a matter of hours.
Now, those evacuation orders are being lifted as the spreading of fire could contain by 60 percent.