Cameroonian king with 100 wives and 500 children 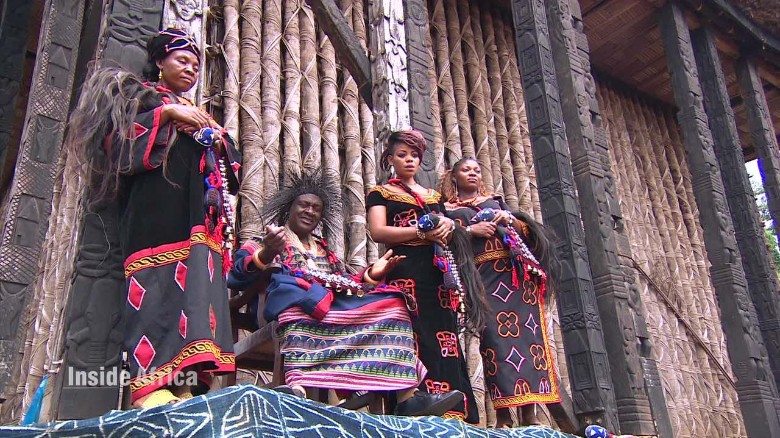 Bamenda: A Cameroonian leader is found to have 100 wives and 500 children. Among his wives, 72 were the wives of his late father. After the death of his father he had to take those queens as his own. Name of this King of polygamy is Abumbi.
Abumbi II, became the 11th Fon (king) of Bafut village in Cameroon after the death of his father in 1968. Cameroon is one of the countries in the dark continent Africa.
Polygamy is still legal in Cameroon and it is traditional among tribal people in rural areas. Men belong to the tribal community have to marry more than one woman. Among them there is no limitation regarding how many wives one can accommodate during their lifespan.
Another custom prevailing there is when a king dies, his successor has to inherit all of his wives. This is how the numbers of Abumbi’s wives have become around 100. The numbers of women he has actually married to are only 28. Currently he has over 500 children from all of his wives.
The queens are often well spoken as they are accomplished in education. They are also capable to handle several languages.
The practice of polygamy is one that is often challenged in Cameroon as there are fewer polygamous marriages now than ever before.
But despite this, King Abumbi said that his job was to preserve the culture of his people and their centuries old local traditions. As far as Abumbi is concerned, his wives are very important to him.
The traditional role of the Fon (King) is to control external relations of the area, as well as internal administration.
They are also in charge of justice and offer sacrifices to his ancestors in a spiritual role.
The palace of the Fon of Bafut, is known as ‘Ntoh’. It is a major tourist attraction center and has been listed as one of the most endangered sites in the world.