Children of Australian terrorists could be taken into care 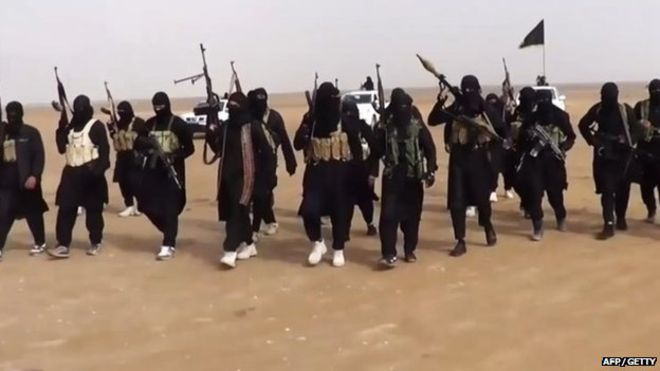 Sydney: Hundreds of Australians have been fighting overseas with IS terror groups in Syria and Iraq.
Immigration Minister Peter Dutton has said that arrangements have been made to take care of their children.
His comments were after emerged news regarding the wife of an Australian Islamic State (IS) militant who wanted to return home back with their children.
Mr Dutton said that decisions regarding such matters would be taken on a case-by-case basis.
There are also proposals to remove the citizenship of Australians who have been supporting various terror groups abroad.
Local media have reported that the wife and children of Australian IS fighter Khaled Sharrouf are trying to return to Australia.
The Fairfax Media reported that the family of Sharrouf’s wife, Tara Nettleton, is trying to help her and the couple’s five children return to Sydney. Among them is a young son believed to be the boy photographed last year holding the severed head of a Syrian.
When asked about their return, Mr Dutton said that the children’s’ mother, Tara Nettleton, could also be charged with terrorist offenses.
He has also added that the treatment of the children would depend on the circumstances and the ages of the children.
Sharrouf was faced four years imprisonment in 2009 for for being part of planning cell attacks in Sydney and Melbourne.
After his release he was banned from leaving the country but used his brother’s passport to reach Syria with his family.
Ms Nettleton’s father, Peter Nettleton, told local media that he had not seen his daughter for 10 years and met only two of his five grandchildren.
Ms Nettleton’s mother, Karen, is reportedly trying to help her daughter and grandchildren for returning to Australia.
According to the government, at least 100 Australians are fighting with terror groups in the Middle East, and as many as half of them have dual citizenship.
Another 150 people in Australia are known to be supporting such groups, while Australia’s intelligence agency, the Australian Security Intelligence Organisation (ASIO), is investigating about 400 high-priority terrorist cases.