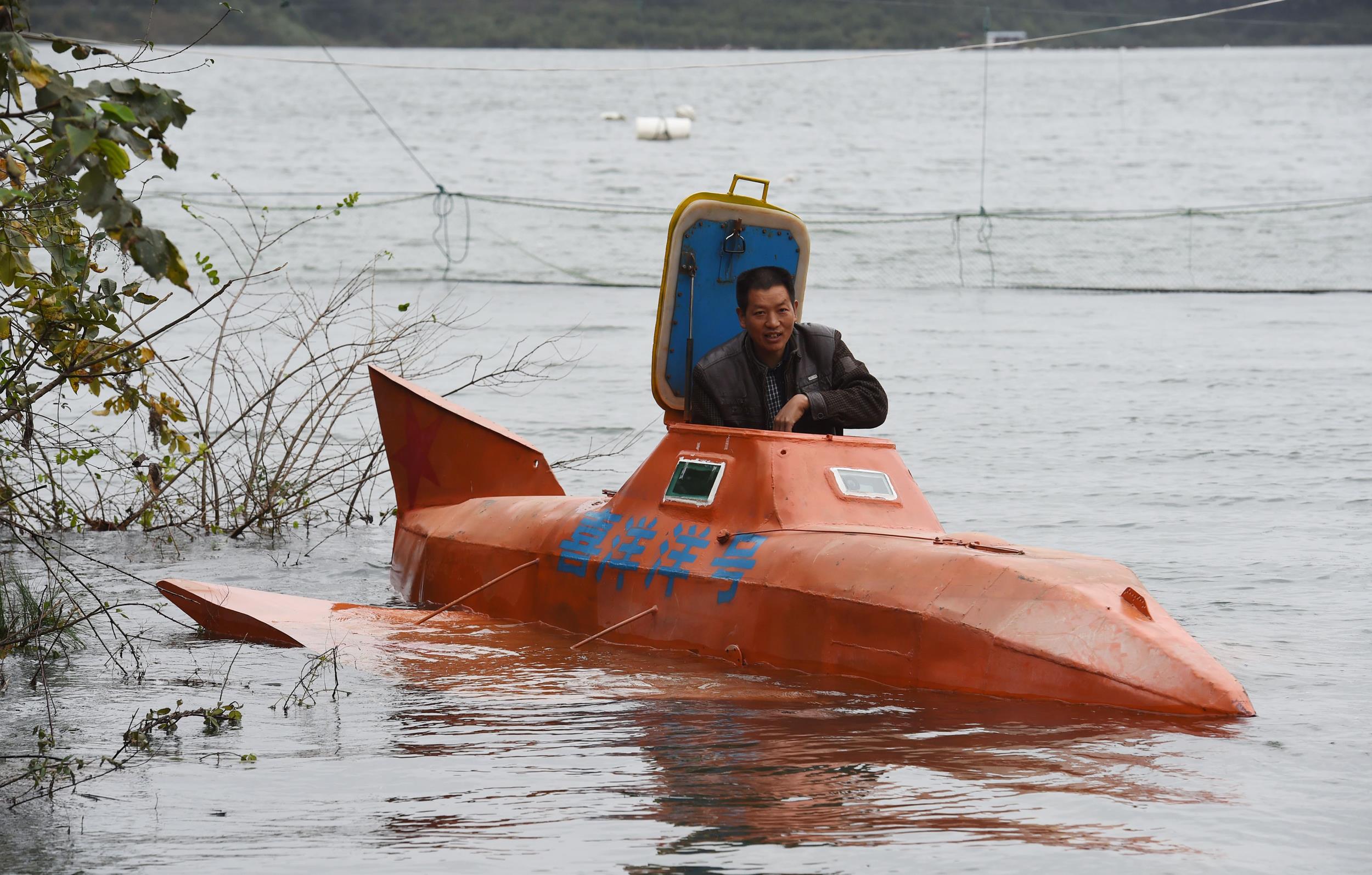 Beijing: An enterprising Chinese chicken farmer is reported to have built an orange submarine powered by five car batteries.
Tan Yong, the 44-year-old chicken farmer has been living in Lijiashan village which belongs to central China’s Hubei province.
He achieved the feat of making his own submarine even though its maiden voyage had failed earlier.
He had a dream of making his own submarine even years ago and started to realize it earlier this year.
He had been educated only up to junior high school and lacked professional knowledge and skills of making such a vessel.
Even though, Tan spent about five months for completing the submarine which weighed over one ton.
Tan was determined to keep working until the vessel becomes functional and tried his best to realize his years old dream as soon as possible.
The overall manufacturing cost of the submarine is around $5,000.
Tan’s desire was to call the vessel by the name “Happy Lamb” after a popular cartoon character.
He said that he had never studied the technicalities behind this during his school days and everything he did was based upon his imagination.
With the support of this vessel he is capable to go to a depth of 26 feet and confident enough to stay underwater for 45 minutes.
Villagers have helped Tan Yong to launch his homemade submarine for its maiden voyage in a river in Lijiashan village.

Video on the submarine launched by Chinese farmer