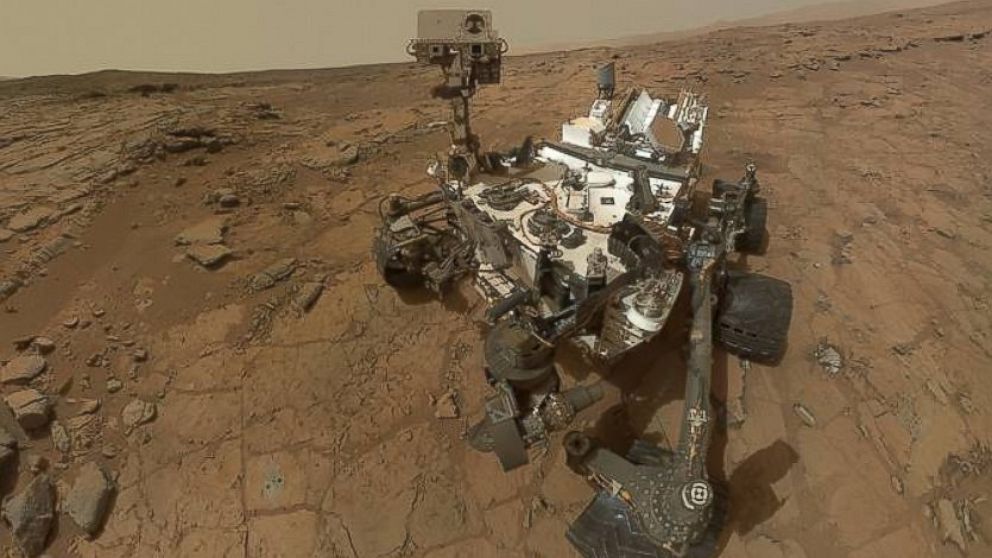 Washington: Curiosity Rover launched by NASA has found new evidences to prove the existence of life on Mars.
The space vehicle has found the presence of Nitrogen in the planet proving once again that the red planet has or at least once had the presence of life
The rover space vehicle which landed on Mars, has drilled into Martian rocks and discovered evidence of nitrates.
These elements are considered to be the essential compounds required for building blocks of life.
This discovery has encouraged NASA to disclose the information through their blog-post that ancient Mars was once suitable for life.
In spite of the findings, the space agency said that there was no evidence to consider the fixed nitrogen molecules traced out by the team were created by the life once existed on the planet.
According to NASA sources the traced out nitrates are believed to be ancient and likely to have emerged from meteorite impacts or lightning events.
The sources have also pointed out that the surface of Mars is currently not livable to known life forms.
Curiosity has also found signs of other elements needed for the life once existed on the red planet.
They include liquid water and organic matter, which were located in the Gale Crater about billions of years ago.

Video on the functioning of the space vehicle on Mars