Daredevils walk over the high line in Rio de Janeiro 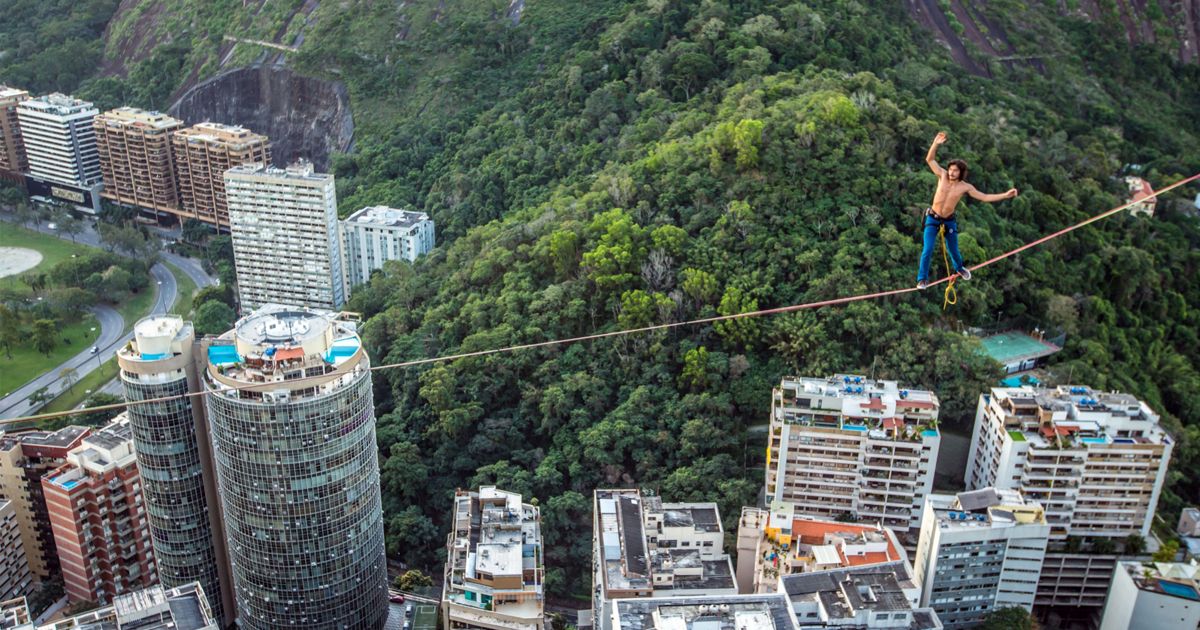 Rio de Janeiro: Extraordinary thrill seekers performed a precautions balancing task on the thin slack-line at a level higher than the height of the London Eye.
The eye catching life threatening attempt was performed over the spectacular landscape of Rio de Janeiro in Brazil.
The fearless death-defying task was walking across a thin tightrope, the two ends of which were tied properly maintaining a height of 200 meters.
In a breathtaking attempt, Ighor Pereira, Mitsu Kawaguchi and Marcio Cardoso were balanced precariously on the 200-meter high rope way.
Beneath the rope way was the beautiful landscape of Rio de Janeiro.
It took them four hours to reach the destination of Morro do Cantalgo by walking over the rope.
They were not even stopped their attempts even when the night started falling.
The rare occasion enabled them to take some stunning of Rio de Janeiro in the background of the enchanting sunset.
In the late evening photos, the city was seemingly encased in burning orange.
As per one of the photos, the Rodrigo de Freitas lake was absolutely marvelous.
Altogether it would be fair to say that the heads of these daredevils were in the clouds.

Video on the death defying attempts of daredevils