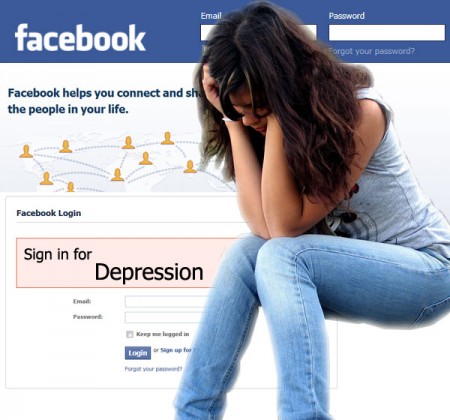 Missouri: Browsing Facebook may lead to depression. This is a new discovery from the side of researchers.
According to a recently released study, the usage of social networking site promotes feelings of jealousy among users which in turn may lead to depression.
Facebook viewing has become one of the daily routines for millions of people globally.
But, researchers have found out that the users of the social networking site are being involved with great emotion.
Hence its regular usage may generate adverse affect to their mental health as well as behavior.
Experts at the University of Missouri found that viewing Facebook may lead to symptoms of depression if it activates feelings of greed among its users.
Professor Margaret Duffy, who co-authored the study, said that the way Facebook fans go through the site indicates the different way they adopt to respond to it.
According to her, Facebook can be a fun and a healthy activity if users take advantage of the site to stay connected with family as well as old friends.
The site has got a vast capacity to share interesting and important aspects occurring in the life of its users.
But Facebook is used to display how well an acquaintance is performing financially or how happy an old friend is in his relationship.
These are the things that cause envy among users. Thus the use of the site can lead to feelings of depression among its users.
The new theory was followed by the study on 700 young Facebook users.

Video on the study regarding depression among the Facebook users