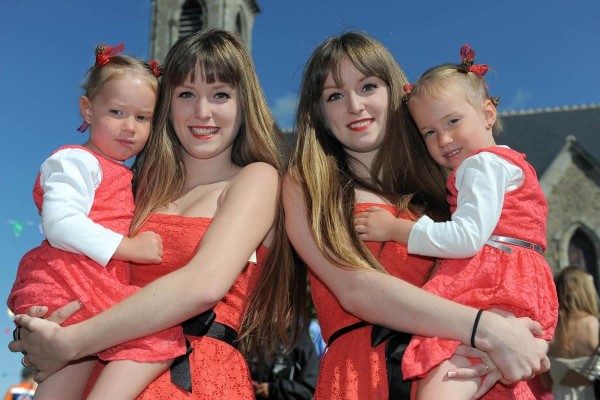 Brittany (France): Every year since 1994, the small community of Pleucadeuc in France have been hosting a gathering of twins, triplets, quadruplets and more.
This year they celebrated the event with gaiety and enthusiasm on August 15.
The celebration is one of the largest of its kind in Europe, and commemorated during the Jumeaux Festival in the country.
This unique festival is considered as the biggest gathering of multiples.
Mayor of the city who has twin daughters is the driving force behind this unusual event.
According to him, twins are particularly numerous in the region and hence he decided to make the town as their meeting place.
Each year the festival is attended by not less than 1,000 sets of twins.
Since it is highly interesting to view multiples, the festival is attracted by many in the country.

Video on twins festival in France