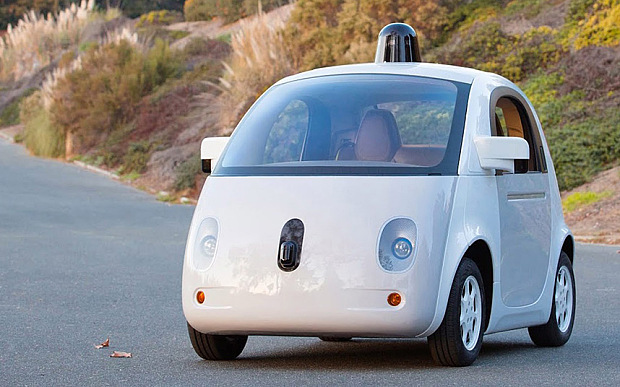 USA: Google’s first “fully functional” driver-less car is said to have been unveiled.
The new generation vehicle will be tested on public roads in the New Year.
The Internet giant has posted a picture of the most complete self-driving vehicle on-line.
This is a white, bubble-shaped car which has been made attractive with its compact appearance.
Previous efforts created by the manufacturing firm were lacked fundamental things such as headlights.
They have also developed a self-driving equipment comprising of sensors and a central computer that could be fitted to cars such as a Lexus SUV and a Toyota Prius.
The latest model is the first Google driver-less car consisting of all the different elements needed to get around, including steering and brakes.
Safety drivers “using temporary manual controls” will continue to man the driver-less cars when they start moving on roads.
When the technology is perfected it is hoped that the driver-less cars would ease congestion and reduce the number of road accidents, because driving of the new generation cars will be performed by less error-prone computers.
Earlier this month, there was an announcement saying that the driver-less cars will be tested in four towns called Bristol, Greenwich, Coventry and Milton Keynes in the new year.

Video on the functioning of Google Driver-less car