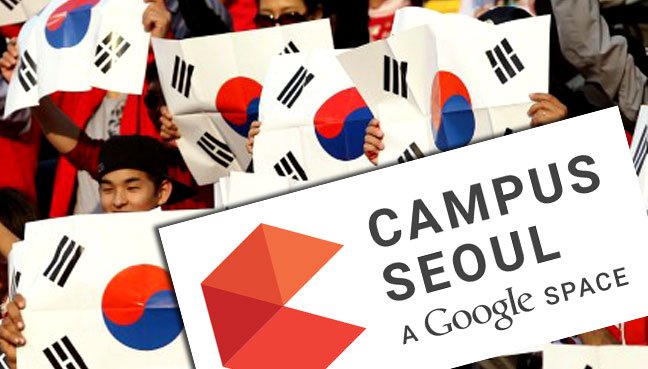 Seoul (South Korea): Google’s first campus for start-ups and entrepreneurs in Asia is reported to have opened in South Korea’s capital Seoul.
Google cited South Korea’s flourishing start-up scene and distributive smart phone use as the reasons for picking Seoul after opening similar camps in London as well as in Tel Aviv. The newly opened campus is mainly for start ups and venture investors.
Located in Gangnam, Campus in Seoul have an area of 2,000 square meter (21,528 square foot). It has an open plan office designed to establish collaboration between fledgling companies and a café that anyone can use after signing up.
The campus is the latest addition to the expanding start-up scene in the Gangnam district which has attracted app developers, entrepreneurs and investors. In the last two years, spaces dedicated to start-ups such as D. Camp and Maru 180 have also opened.
The area has recently found attracting venture funds from Japan and Silicon Valley seeking to bet on fledgling companies.
Almost every day, a meeting or a conference among tech start-ups takes place in Gangnam. The newly opened campus for Google is a home to major business complexes and accommodates South Korea’s largest business group, Samsung.
Google has plans to host events for tech start-ups as well and begin a mentoring program for female entrepreneurs with children.
Mary Grove, Director of Global Entrepreneurship, said on Google’s official blog that
their goal with Campus Seoul was to create a space where entrepreneurs could flourish. According to the Director, entrepreneurs could collect everything required to build a global company.
As the only start-up campus in Asia backed by Google, the Seoul Campus is expected to help startups from overseas by making them understand the South Korean markets in the region.