In Russia a bear attacks women 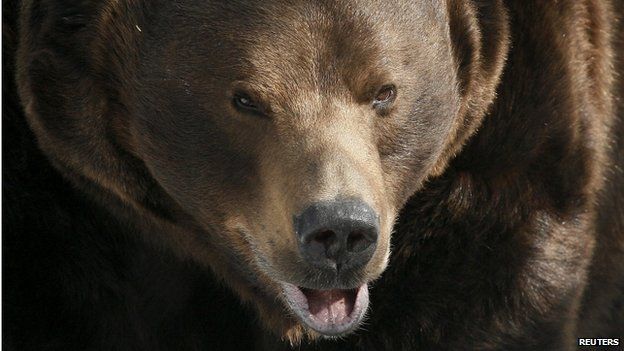 Tynda(Russia): A bear is reported to have attacked a woman who was collecting firewood from the nearby forest.
She was hospitalized after being seriously injured by the attack of the beast.
The 55 year old woman called Natalya Pasternak, was lucky enough for not being consumed by the bear.
As per the reports the bear was tried to hide the woman after being assumed the woman as dead.
The attempt to hide the woman might be to have the prey later.
It is told that the rescue team who rushed to the scene for shooting the bear were also attacked by it.
Wildlife expert Sergei Ivanov told the government daily Rossiiskaya Gazeta that he had shot an adult female bear from that region of the forest.
He has also added that the woman attacked by the bear was conscious, with many wounds on her body.
Reports said that the bear had initially attacked the women’s dog.
As per the reports a second woman was managed to escape from the bear attack and called the emergency services.
The Inter-fax news agency said that the animals are more hungry because net fencing which prevents them from swimming up rivers and collect their food. According to them the attack on humans might be due to the lack of their regular food.

Video on the bear attack on Russian woman