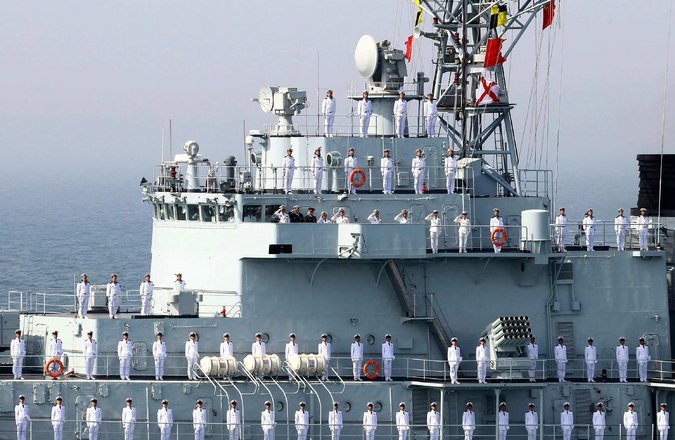 Jakarta: Indonesia wants to hold regular military naval exercises with the United States near the sparsely populated dry land called Natuna.
A navy spokesman said that the region is near the China claimed area in the South China Sea
Although Indonesia is not a claimant of the South China Sea, the military has accused China of including parts of Natuna within its so called “Nine-Dash Line”. The Nine-Dash Line is an undefined boundary used on Chinese maps to establish their claims over about 90 percent of the south China sea region.
The United States, which raised concerns about China’s rapid reclamation of reefs in the area, has recently held a joint military exercise with Indonesia in Batam, about 300 miles (480 km) distant from Natuna.
This was the second joint naval exercise they have been conducted with the United States in that region.
The military exercises are included the use of surveillance and patrol aircraft, such as the P-3 Orion, which can detect surface vessels and submarines.
Indonesian Navy spokesman Manahan Simorangkir said that they had been planning to conduct another one during next year.
He has also pointed out that the exercises could not be held in Natuna because of the lack of facilities to accommodate all of the aircraft carriers.
Even then, both the countries have expressed their willingness to make the naval exercises in that area a routine one.
The countries which claimed right over the region in south China sea are Philippines, Vietnam, Malaysia, Brunei and Taiwan.
Every year, through this south China sea region, about $5 trillion in ship-borne trade passes by.