Iraq to recapture Tikrit from IS militants 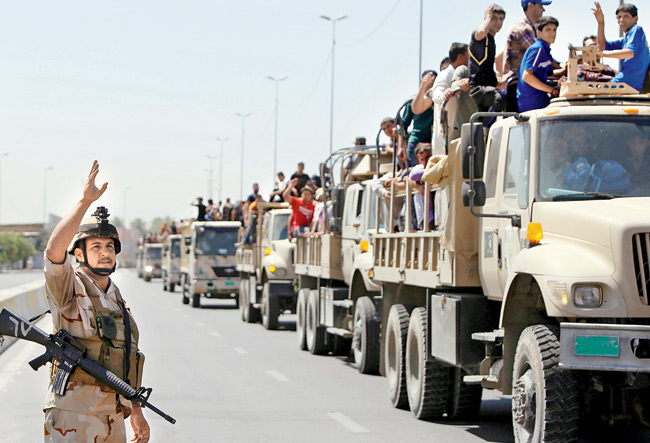 Baghdad: Iraq is reported to have launched a military operation to recapture Tikrit from Islamic State militants.
Local media reported that Iraqi forces were attacking the city with the support of air-strikes from Iraqi fighter jets.
Tikrit, the home town of Saddam Hussain which lies 150 km (95 miles) north of the capital Baghdad was seized by the IS militants in June last year.
Prime Minister Haider al-Abadi had met military leaders in Salahuddin province, ahead of the operation move.
He has offered excuse to all Sunni tribal fighters who have abandoned IS and described the military operation as a last chance.
Al-Iraqiya TV has reported an unconfirmed information that the IS militants have been expelled from some areas outside Tikrit.
Several areas of Salahuddin are currently under the control of the militants.
This was predominantly a Sunni Muslim province.
The seizure of Tikrit, was the second major gain for the IS after the group captured Mosul in June last year.
Mosul was home to more than a million people and it fell to IS after the militants launched an attack in northern Iraq which enabled them to seize large areas of the country.
Soldiers and armed Shia group have now begun to recapture the territory from IS militants stationed north of Baghdad.
US-led coalition air strikes have been operating to support these soldiers.
At the same time, Kurdish peshmerga forces are reported to have been making advances around Mosul.
In February, Mr al-Abadi had said that the Iraqi armed forces would be launching a major attack within few months to retake the city from IS militants.