Miracle lake appears in the desert area of Tunisia 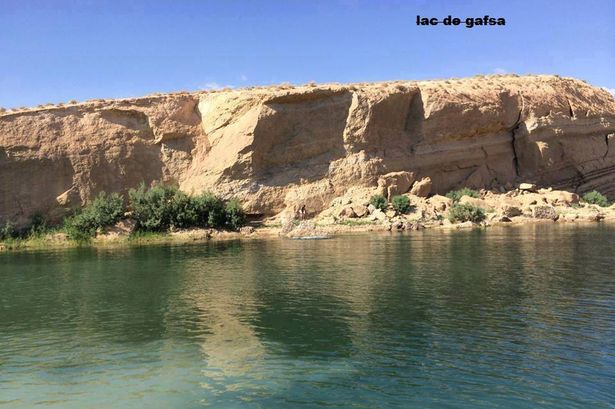 Tunisia: A lake with radioactive water is said to have appeared in the desert area of Tunisia. People living in drought-ridden Tunisia have been enjoying in this water to get relief from the unbearable heat.
The miraculous area has become known as Gafsa beach after viewing the lake in the middle of the desert about three weeks ago. According to experts, it might be due to some seismic activity which ruptured the rock above the water table and brought the liquid to the surface.
However, despite warnings regarding the radioactive nature of the water, Tunisians have descended on the impromptu “beach” forcefully to escape from the 40C heat. Some have exclaimed it as a miracle, while others called it as a curse.
During the first few days, the water was crystal clear with a turquoise blue color whereas it is green now with full of algae.
The Gafsa region of central Tunisia is home to the country’s mining industry.
Since the Tunisian desert area is full of chemicals, it is feared that the algae would give rise to various ailments.
Hundreds of people could be at the risk of diseases since the people at the desert area have been swimming in the newly formed radioactive lake.

Video on the miraculous lake