Most powerful storm in the world heads towards Japan 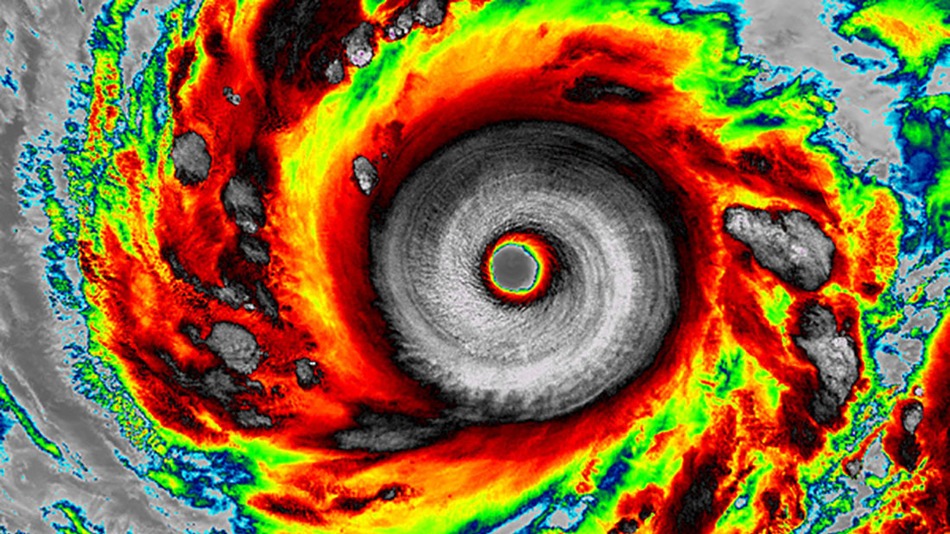 Tokyo: It is being informed that an immense Super Typhoon, capable to blow hard is moving towards Japan, China and Taiwan after creating severe destruction in a group of tiny islands in the Pacific Ocean.
The Super Typhoon named Soudelor was blown hard into the Northern Maria Islands earlier this week.
There, winds were appeared to have blown up to 105 mph by which the roofs off houses were ripped off while waves of floods were risen up to 30 ft height.
As per the information from the Joint Typhoon Warning Center, the storm has since grown into the most devastating calamity in the world with winds blowing up to 220 mph.
It is said that Soudelor is even stronger than Cyclone Pam which killed 15 people when it was swept into Vanuatu five months ago.
It is being assumed that the storm would reach southern Japan on short notice.
The acting governor of the Northern Maria Islands was declared a state of emergency when the island natives experienced a severe blow on account of the major disaster.
Nearly 400 people were circumscribed themselves into emergency shelters as Soudelor destroyed their homes and left them without power, water and other essential services.
The typhoon destroyed many of the roads on Saipan, the Northern Marianas main island. Three ships anchored near the harbor were also destroyed.
According to the Pacific Daily News website, at least ten people were injured by ‘falling debris’ and treated for their cuts and wounds at the Commonwealth Health Center in Saipan.
The hospital’s preparedness response coordinator, Cora Ada, said that no deaths had been recorded till then and those injured were not at all in a critical condition.
On neighboring Guam, the weather service was warned boats to stay away from exposed reefs and beaches because of ‘hazardous surf’ and ‘life-threatening’ currents.
It is said that Soudelor would continue to intensify over the next 24 hours as it sweeps across open water and pointed out chances to slow down after that.
Typhoon Soudelor is expected to weaken down to a category of three or four storm by the time it reaches southern Japan, Taiwan and China.

Video on the activities of Soudelor typhoon