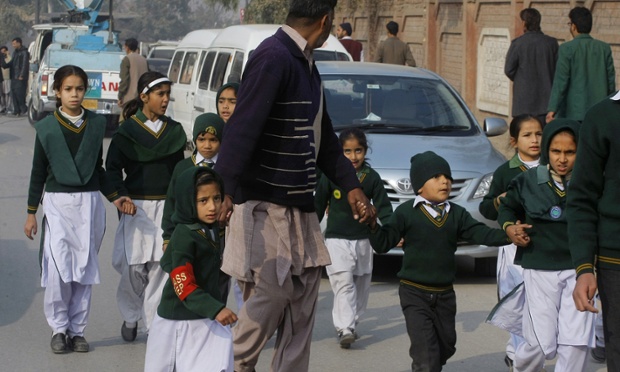 Peshawar: The barbarian attack by the Pakistani Taliban on a school in Peshawar is an ideal example regarding the increased willingness of terrorists to target innocent children and their education. In the coming generation educated children may get courage to raise voice against Terrorism especially against Talibanism. Malala Yousafzai, the Pakistani schoolgirl who was shot in the head by the Taliban in the year 2012 for speaking out the need of universal education, is the living evidence on the policy of Taliban against innocent educated children. Hence, attacking school going children is not a new terrorist tactic.
But, the deadly attack by the Pakistani Taliban on a school in Peshwar was a pitiless as well as shameful attempt where suicide bombers and heavily armed gunmen moved from classroom to classroom and on to the school auditorium to slaughter dozens of clean-handed students. This is part of an increased willingness of terrorists to target children. In April, the Nigerian Islamic group called Boko Haram had kidnapped hundreds of schoolgirls and the incident had shocked the whole world. But that was only one of the high-profiles of that terrorist group. Thus, nowadays, one of the main tactics of the terrorist groups will be to target on both girls and boys, and also on their education.