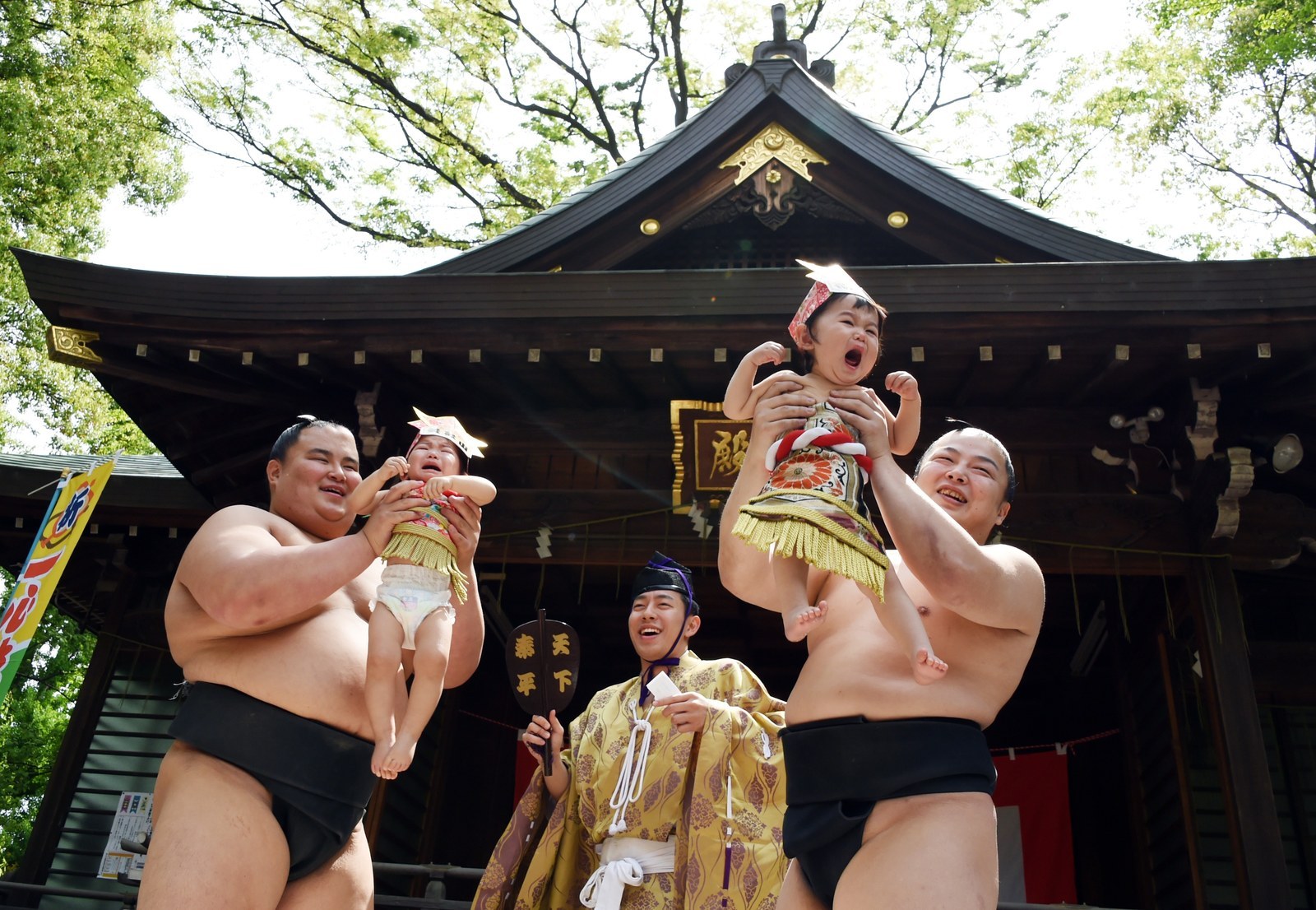 Tokyo: In Japan there is a centuries old belief that those kids tadalafil online who cry from the hands of Sumo wrestlers will grow up in good health.
Parents who want their children to have this unique blessing, hand over their children to Sumo wrestlers in Japan.
They hold the babies up and make them scream, as if in a crying contest.
More than 100 crying tiny tots are reported to have taken part in the centuries old traditional ritual, viagra cialis which is believed by many in Japan, to be helpful to bring their infants in good health.
The all participated weeping kiddies were aged under-one and tadalafil dosage subjected to the ritual at the Yukigaya Hachiman shrine in Tokyo.
During the ritual ceremony, the Sumo Wrestlers bounce the respective sildenafil and dapoxetine tablets in india babies up and down in a makeshift ring to make them cry.
According to the many in Japan, their screams will reach the God and then grow up with sound health and good physique.
The ceremony dates back to some 400 years and generally holds at shrines throughout in the nation.
The rules related to the ritual ceremony vary from city to city.
In some http://cialisonline-cheapstore.com/ areas the babies are raced against each other to see who will cry first, while in other locations the first crier is deemed the loser of the contest.

Video on the traditional crying contest for kids in Japan