Two foot two inch beard is the longest in Britain 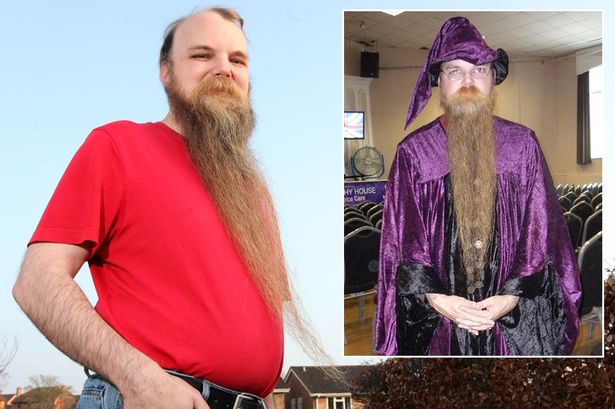 UK: The longest beard in Britain is said to be two foot two inch length.
Hairy Paul Wright in Britain claims that his two foot two inch beard is the longest in Britain.
The 34 year old Paul said that he had been growing his beard for the past six years.
His intention is to see how long he can grow his beard on his chin.
The beard enthusiast from Swanmore said that he wanted to see the growth of the specimen each month.
Paul said that he started growing his facial hair when he was forced to keep inside his house following a knee dislocation.
He said that he was loving it very much as it was quite big in appearance.
But according to Paul his families and friends are hated by the long strands and often asked him to cut it off.
Moreover, he has been facing a lot of difficulties with his long lying beard.
He said that his beard often got into his socks when he bowed his head to put his shoes on.
Another difficulty is its proper maintenance.
Everyday after breakfast he used to wash his beard with water and also with splashes of milk occasionally.
Then he brushes firmly to avoid the appearance of tangling within the strands.
He said that it had grown one inch within a time-frame of three months.
According to him, the average growth of a beard strand is 14cm a year.
Paul used to take part in competitions with fellow beard lovers from around the world.

Video on Beards of Britain