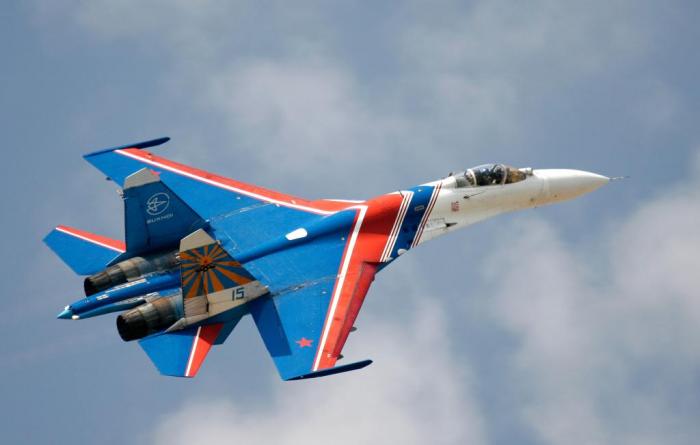 Washington: A Russian fighter jet is reported to have intercepted an US intelligence plane recently.
U.S. has strongly protested over the interception of the Russian fighter jet by referring the incident as “unsafe and unprofessional.
Following the incident, the US has blamed Russia for their increasingly aggressive air operations in the region.
Pentagon spokesman Mark Wright said that the U.S. had filed a complaint against Russia after the recent incident over the Baltic Sea.
But, the Russian officials have denied the allegation. According to them, their pilot was done anything wrong with respect to the available news reports.
The U.S. RC-135U plane was flying over the international airspace north of Poland. Meanwhile, a Russian SU-27 fighter intercepted the U.S. aircraft at a high rate of speed from the rear, and then proceeded to conduct two more such passes using “unsafe and unprofessional air force tactics” in close proximity.
Unprofessional air intercepts have the potential to cause harm to all aircrew involved.
More importantly, the careless actions of a single pilot could have the potential to intensify tensions between countries.
The US sources said that their air activity was in the context of a changed security environment in view of Russia’s aggression against Ukraine.
It isn’t the first time that the U.S. has protested to Moscow what it considered to be an unsafe intercept.
Earlier, a Russian fighter jet had intercepted a U.S. reconnaissance plane in international airspace over the Sea of Okhotsk.

Video on the US spy jet intercept incident