Woman who threw mango at Venezuelan President is rewarded a house 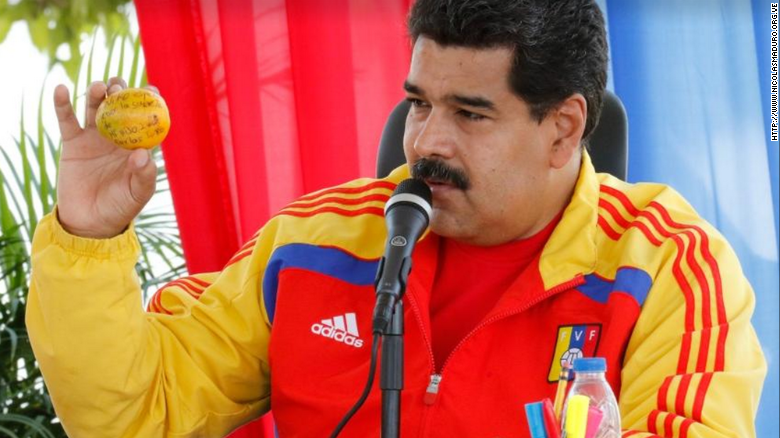 Caracas: The dream of a Venezuelan woman to own a flat is going to fulfill after she made her point by hitting on the head of Venezuelan President Nicolas Maduro with a mango.
The woman Marleny Olivo was thrown the fruit at the president while he was driving a bus through the central state of Aragua in Venezuela.
For sending the fruit at the President, she was managed to stand very close to the moving bus driven by the President himself.
On the fruit targeted at the president had her message for help from the side of the President.
Mr Maduro had displayed the mango bearing her message and telephone number during a live television show afterwards.
He said that he had agreed to fulfill her request for a flat.
He added that the move to offer her a flat was part of the “Great Housing Mission of Venezuela”.
As per the video released, the president can be seen lowering his head when he had a hit of the fruit just above the left ear. He then calmly picked up the mango and displayed it to the crowd.
In the TV program he had also added that the fruit was ripe enough and he would be eating it afterwards.
Later the President was discussed the incident in one of his regular live TV broadcasts in which he displayed the notorious mango.
The President said that the woman had housing problem and he would be offering her with a flat within a few hours.
Ms Olivo said that there was no evil intention behind her mango throwing at the President.
She added that it was only because of her eagerness to fulfill her long lasting dream to own a home before she dies.
The President, who was a bus driver in his early ages, liked to connect with ordinary people of Venezuela by touring among local communities at the wheel of a coach.