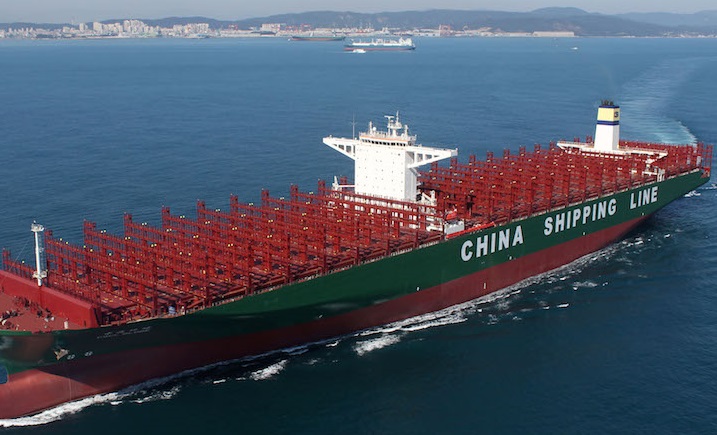 UK: World’s largest container ship, the Globe, is now docking in Britain for the first time.
The size of the giant ship is equivalent to four football pitches.
The Hong-Kong registered CSCL Globe is not only long enough but also amazingly tall.
Stacked end to end, the containers would be five times the height of Mount Everest.
The massive cargo ship, built by Hyundai Heavy Industries in South Korea is more than 400m (1,312ft) long which is equivalent to eight Olympic-size swimming pools.
Its width is 56.8m (186ft) while height 73m (240ft).
Its gross tonnage is 186,000 which is equivalent to 14,500 London buses.
The Globe is the first of a series of five such ships of the same size to be built by South Korea’s Hyundai Heavy Industries.
All are expected to be delivered by the end of the year.

Video on the biggest cargo ship in the world