A three-eyed cow is born in India 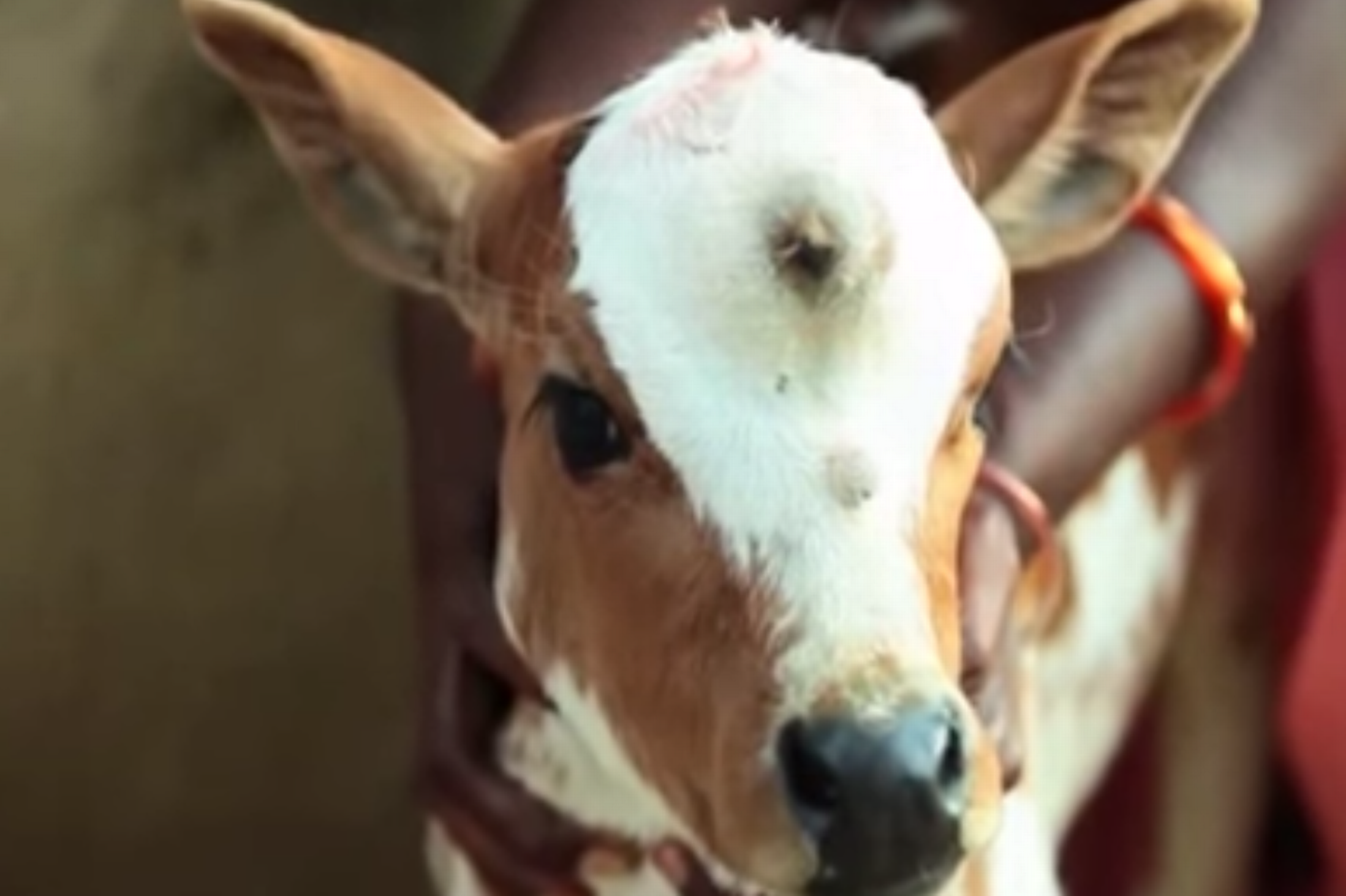 Chennai (India): A three-eyed cow is reported to have born in India about two weeks ago.
The three-eyed calf is being hailed as a spiritual icon by the people across the country.
The baby animal has been started considering by Hindus as a blessing after being born with a third eye in the middle of its forehead.
Many people believe that the calf may be the reincarnation of three-eyed Hindu God Siva.
The owner of the calf called Meghala described the incident as a miracle.
The cow has become a major attraction in Tamil Nadu, southern India, with hundreds pouring to the location to have a glimpse of the ‘deity’ and pray to it.
Hindu children have been struggling to touch on the head of the cute animal with a belief that it will bring good fortune to them.
In Hinduism, the deity Shiva is regarded as one of the primary gods and patron of medicine, yoga, dance and arts.